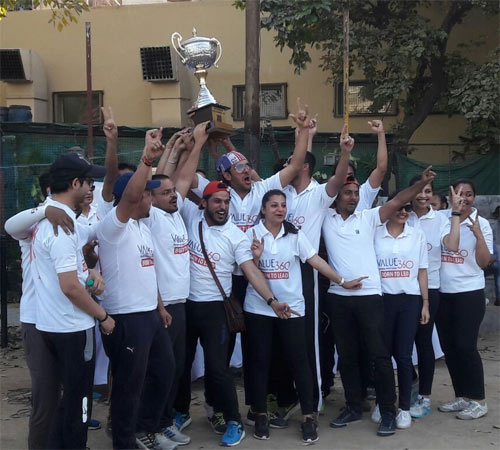 The Public Relations Consultants Association of India (PRCAI) held its first Inter Consultancy Cricket Tournament at Gulmohar Club in New Delhi on March 4 and 5. Most of the member consultancies participated in the event.

Edelman and GBM finished first and second runners-up respectively. Avian Media was the fourth semi-finalist. It was mandatory for the consultancies to have four women players in their team. The women participants performed well, and excelled particularly in fielding. Employees of the participating firms turned out in large numbers. Many were seen tweeting and posting updates on social media platforms.

Nitin Mantri, the President of the PRCAI, said: “This is the first time that such a tournament has been held by the industry. Other than the fun element, the event gave young executives from different agencies a platform to interact with each other and forget about their competitive professional world. With Women’s Day round the corner, we made it mandatory to have four women players in each team. And, they played so well that we are planning to organise an all-women cricket tournament soon.”

PRCAI plans to take the tournament to other cities and the first stop will be Mumbai.