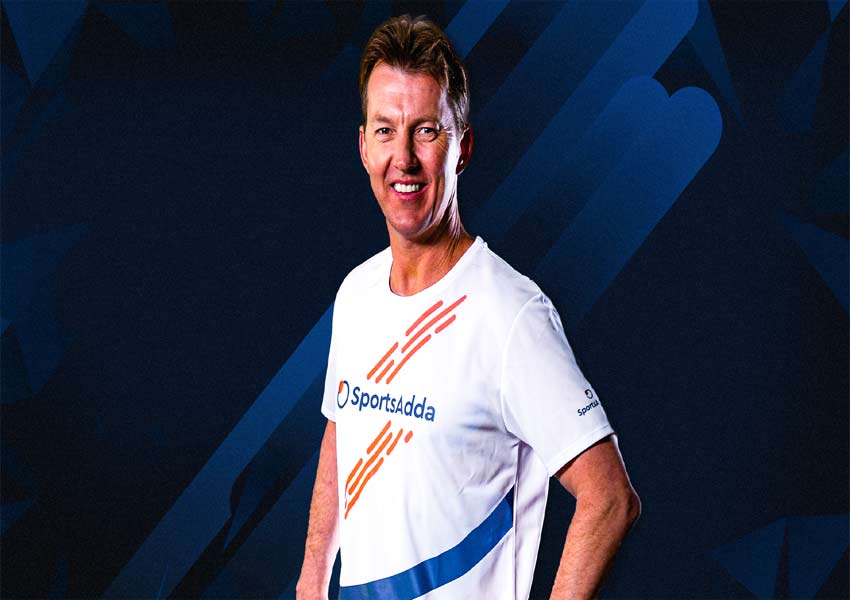 SportsAdda – the one-stop-shop for everything Cricket, Football, and Kabaddi – is proud to announce the coming on board of Australian cricket legend Brett Lee as he swaps the cricket field for the digital playground.

One of the most feared bowlers of his generation and a two-time ICC Cricket World Cup winner with Australia, Lee, who has recorded over 700 wickets in his international career across all three formats, brings with him a wealth of knowledge – not only of bowling and playing at the highest level but also with his insight into the sport and stories from his playing days.

Lee will also be conducting a host of fun activities including contests, quizzes, Q&As, bowling masterclasses, and giveaways that will feature exclusively on the SportsAdda app, website and social handles.

Commenting on the tie-up, Lee said, “As a former cricketer, I cannot stress enough on the importance of a great partnership. So, I am excited and honoured to partner up with the SportsAdda team.”

On the field, the Aussie speedster was a bowler par excellence but off it, Lee has always experimented as an entertainer. Whether it be through his role in the movie UNindian or his duet alongside legendary Indian singer Asha Bhosle, he is keen on bringing that side of his personality to the table.

“Winning was always the ultimate goal for me but having fun on the cricket field as well as off it was just as important. Part of the reason why I hopped on board SportsAdda is the culture of being the industry leaders at delivering sports content, but also making it fun and engaging for our rapidly-growing fan base. I have had a taste of what’s in store and I cannot wait to get started.”

SportsAdda’s spokesperson, Ashish Rana added, “In Brett Lee, we not only have an athlete who has plied his trade at the highest level, but also one of the most passionate, smart and revered names in cricket. Lee’s commitment to excellence on the field is on par with ours in the digital world and together, we have some exciting stuff lined up for our fans that we cannot wait to reveal.”