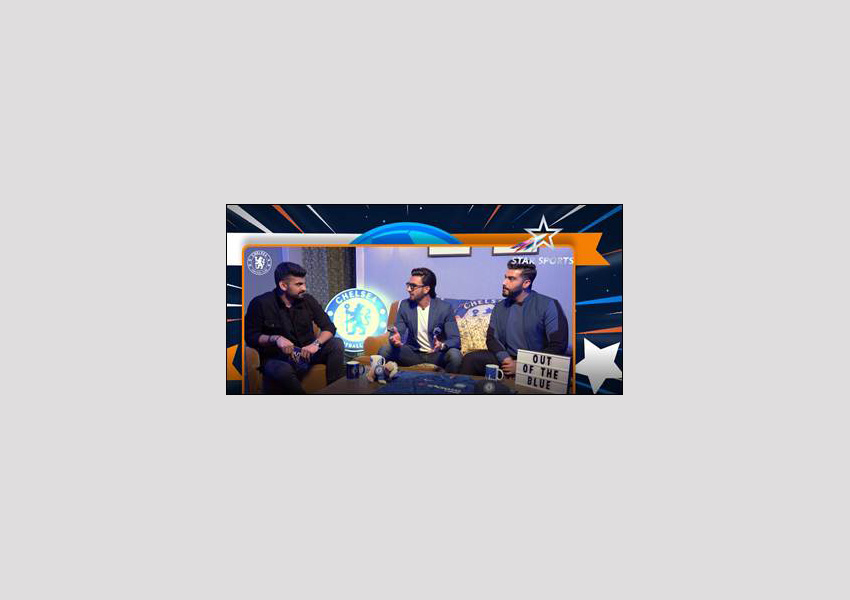 Uniting football fans across the country, Star Sports’ Football United Special brings together the biggest names from the world of Football and Celebrities who love the beautiful game. Every week the show catches up with footballers on how they are spending their time during the current lockdown. With a mix of health and fitness tips to quirky anecdotes and dressing room secrets, these players treat fans to a light-hearted conversation.

This week’s episode of Football United Special on 23rd April is a slightly different one. Along with football, fans will get some Bollywood action with the famous bromance of Ranveer Singh and Arjun Kapoor who are also huge fans of football. While Ranveer is the brand ambassador of Premier League, Arjun is the brand ambassador of Chelsea in India and they came together for a special segment on Chelsea TV. The bromance was on full display as the duo talked about their shared love for football and their love for Arsenal and Chelsea. They share some unknown football memories and indulge fans to a witty conversation. Ranveer talks about how he fell in love with the Premier league, his favourite players, and the Arsenal vs Chelsea rivalry. The duo also face-off in a Chelsea vs Arsenal trivia challenge. Guess who emerges as a winner?

Ranveer Singh, Premier League Ambassador, India shares his memories on how he became an Arsenal fan, “It’s an emotional moment (in a quirky manner)! Around the turn of the century, India started to telecast LIVE Premier League matches, and we were immediately hooked. To be very honest, I have not spoken about this before – it was around then that I was most attracted to two teams – Arsenal and Chelsea. In the years to follow on the advent of Premier League Football in India, Arsenal started playing some really insane football. Two clinchers for me – In school I was in red house, so when I had a choice between blue and red, I prefer wearing Red. Second thing, I wanted to be a guy like Thiery Henry – I wanted to be someone whose every pore was exuding swagger!”

This and lots more will be revealed on 23rd April at 10PM on Star Sports 1 and Disney+ Hotstar.