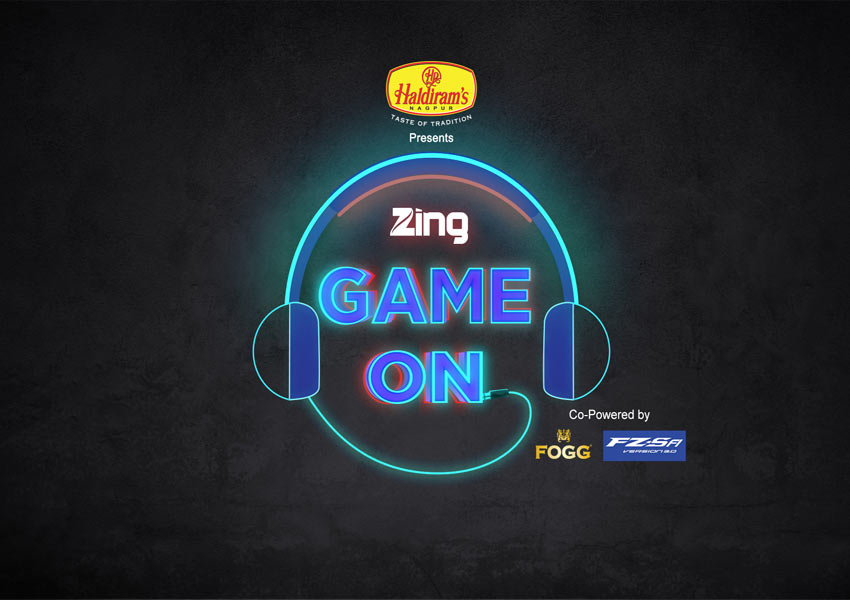 A quirky blend of music, cricket and masti, Zing is geared to launch a first of its kind gamified chat show ‘Zing Game On’. Hosted by loved actor-anchor Karan Wahi, the show will witness cricketers in a never seen avatar engaged in candid and entertaining conversations.

Presented by Haldiram’s and co-powered by Fogg & Yamaha FZ-FSI, Zing Game On promises to showcase the unplugged side of cricketers for the first time on television wrapped in the world of music, cricket and entertainment on one platform. Starting from 25th January 2020, Zing Game On will be aired every Saturday and Sunday at 7 pm on Zing and will also stream on Zee5.

Sharing more about the show, Pankaj Balhara, Deputy Business Head, Music cluster said, “After successful creation of IP’s like Pyaar Tune Kya Kiya, Aye Zindagi & Expedition, we want to continue creating compelling and differentiated IP’s and Zing Game On is the newest addition to the list. It was very challenging for us to crack a format which would be different from other chat shows. We wanted to bring alive the other side of cricketers through music & games which would be engaging for the audience to watch as well.  Hence even the choice of host was critical. Karan Wahi has not just played cricket but shared a great rapport with a lot of cricketers which was very critical to do justice to the format of the show. The whole package is aimed to keep the cricket fans and music lovers hooked on to their television screens as they watch them let loose on the show!

With an eclectic mix of 14 cricketers from men’s & women’s Indian cricket team covering the legends, current stars & upcoming talent, Zing Game On is definitely going to unveil a lot of fun yet personal moments of these cricketers. From Shikhar Dhawan with his flute, Suresh Raina impressing everyone with a Saxophone, Jemimah breaking the stage with her performance with the band, Shreyas Iyer mesmerising everyone with his magic tricks & a rap, this show promises to reveal their never seen musical side as well!

With a concept so unique, Zing has also devised a very new age marketing mix for the launch of Zing Game On. The plan involves a robust 360 degree campaign #GameFaceOn which brings out the concept of the unseen side of cricketers playing on a new pitch through music and games. Apart from an extensive network promo plan, trade marketing, outdoor, the campaign has a digital focus to grab the attention of the youth on their second screens. Zing is strategically launching on TikTok which is the fastest emerging entertainment platform that will be the house to exclusive content and funny behind the scene moments from Zing Game On post the on-air launch. To keep the social media topical, content is created around the ongoing cricket series to amplify the same. Even with the Press meet, not going the usual route, Zing partnered with a gaming arcade to make the interaction of Karan Wahi and media a lot of fun with competitions between the two and Karan challenging the press to bring their Game Face On!

Summing up, expect some unknown revelations, fun banters and witness these cricketers playing games which will be beyond cricket. The opening batsman for the first episode is none other than the ‘Gabbar’ Shikhar Dhawan. The other cricketers who will be seen on the show are Yuvraj Singh, Virendra Sehwag, Suresh Raina, Yuzvendra Chahal, Harmanpreet Kaur, Umesh Yadav, Shreyas Iyer, Krunal Pandya, Surya Kumar Yadav, Nitish Rana, Jemimah Rodrigues, Kuldeep Yadav and Deepak Chahar. With a host like Karan Wahi, the show promises to pack a punch as the cricketers unravel their other side and relive the memories from their growing up years.