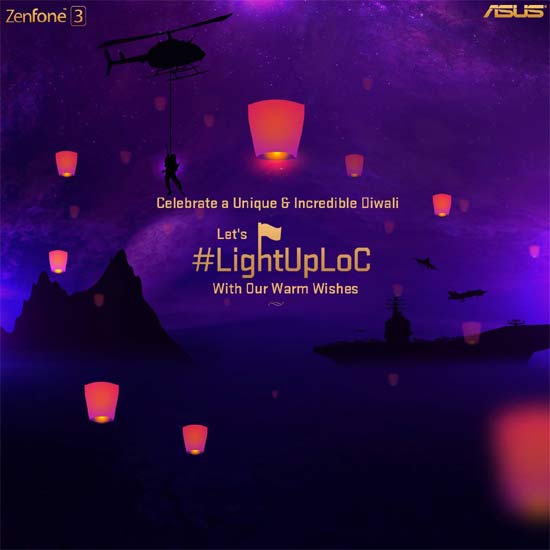 ASUS, the Taiwanese leader in mobile technology, launched #LightUpLoC, an innovative platform to salute the heroic surgical attacks by the Indian soldiers. Known to promote peace and harmony, Diwali, the festival of lights involves a popular custom of exchanging greetings and decorating one’s house with lanterns and lights. Keeping up with the tradition, #LightUpLoC will allow the users to write warm wishes for the brave-hearts at the LoC on a virtual lantern and then release it. The lanterns will then illuminate the LoC on a virtual map of India.

Here are the steps users can follow to wish India’s valiant soldiers:

Peter Chang, Region Head – South Asia & Country Manager for ASUS India said, “We are grateful to the Indian Armed Forces for the innumerable sacrifices and hardships they face in order to keep the rest of the country safe. They ensure that everyone in India can live a peaceful and productive life. This platform aims to bring together all Indians and help them convey their feelings and regards to India’s heroes on the auspicious occasion of Diwali.”

Through the platform, ASUS aims to light 724,000 lanterns – 1 lantern for every meter along with 724 kilometers of the LOC. Users will be required to write their wishes before 30th October 2016. The virtual map of the LoC with all the illuminated lanterns will be available for everyone to see at all times.

ASUS wishes all the soldiers of the Indian Armed Forces an #IncredibleDiwali. 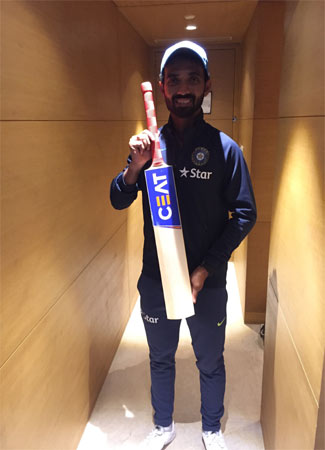