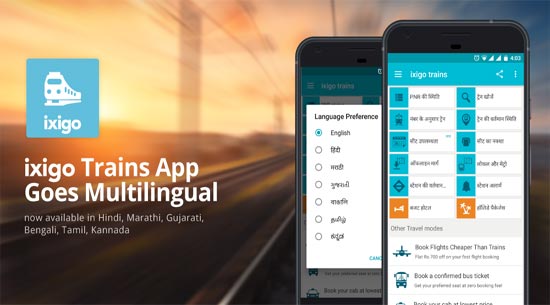 India’s most popular train information app, ixigo trains will now be available in 7 Indian languages – English, Hindi, Marathi, Gujarati, Bengali, Tamil & Kannada. Launching on Republic Day, the new languages offered by the app will cover over 80% of the digital user base in India.

Commenting on the multilingual app launch, ixigo CEO & Co-Founder, Aloke Bajpai said – “A significant proportion of our train users are more comfortable using their mother tongue for train information search & discovery, and what better time to make this announcement than the Republic Day. We anticipate that the Indian online user base will touch 500 million by next year, making it absolutely essential that mass-market apps work in regional languages. We want to thank Reverie Language Technologies for helping out with these language localizations.”

Apart from being available in multiple new languages, the ixigo trains app has also recently unveiled many other new features. For instance, the app picks up your upcoming train trips automatically and prompts you right in time to book a taxi ride to the railway station. What’s more, in case your train ticket is waitlisted even at the last moment, you can book a confirmed bus ticket via redBus on the ixigo trains app. Now, you can also compare flights from across 100+ travel sites including MakeMyTrip, Yatra, Cleartrip, Musafir, Jet Airways, Spicejet, etc. and book directly from inside the trains app. With the cashback offers running currently, many a times flight tickets end up being cheaper than a 3 AC train ticket!

With close to 14 million downloads, 2.5 Lakh ratings, 1 Billion sessions till date and 20 million train searches every month, ixigo trains app is the leading train information app in the country. It has recently been named ‘Best App of 2016’ by Google Play Store under the ‘Made In India’ Category. To get the ixigo trains app, travellers can visit the Google Play Store or Apple App Store or give a missed call at 7676373344. 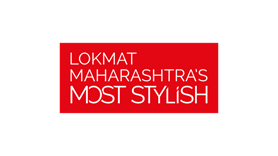