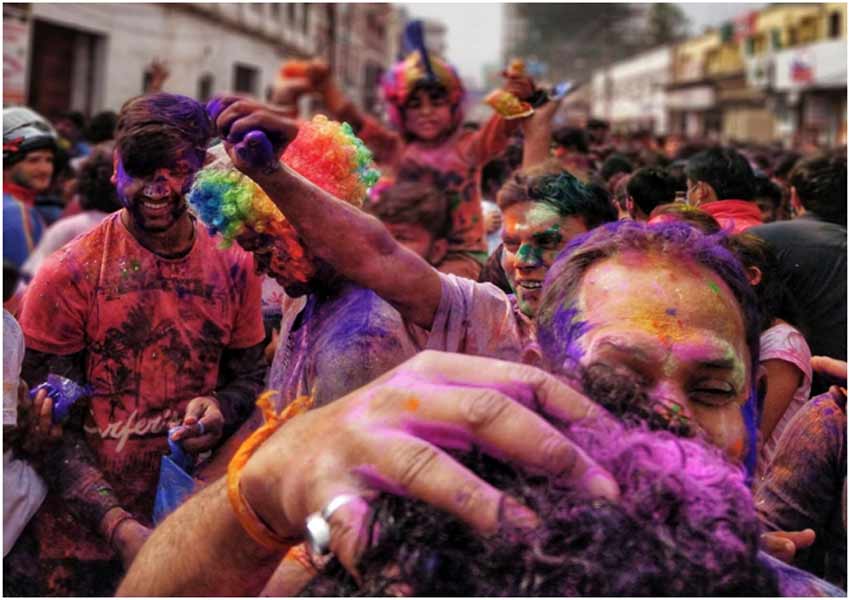 India announced yesterday morning that it would be scrapping all visas, apart from a few selected ones, until April 15th in an attempt to curb the spreading of COVID-19. The announcement also covers those who currently travel to India under visa-free schemes.

This comes just as the first death is confirmed in the country, where there are currently 73 confirmed cases.

The suspension will come into effect starting Friday and will only be reviewed at the earliest after a period of one month sending shockwaves not only across the tourism industry there but the whole economy with theprint.in reporting earlier this week that the travel ban could cost the Indian economy up to Rs 8,500 Crore.

Those who need to travel urgently may be allowed to travel but could be faced with a quarantine of up to 14-days to mitigate any further risk to the country; whose confirmed Coronavirus cases are expected to rise in the coming days once test results come back.

Holi Festival celebrations across the country and in other parts of the world, have also been put on hold which Tracy Miller, travel and lifestyle expert at TheGoodEstate said was a “wise move” by India’s Prime Minister Narendra Modi. “Events and mass gatherings across the globe are being postponed and, or  cancelled, and although this can be seen as a blow to India’s tourism industry this Spring, it’s the best way to ensure you avoid huge spikes in patient numbers that healthcare providers would struggle to deal with,” she said in a statement earlier today. “I am confident that once this crisis is over, that tourism in India will bounce right back with people eager to go on their annual vacations.”

Impact on the Tourism Industry

For those working in the travel and hospitality industry, the impact of the virus is causing businesses to really struggle.

Air India announced earlier this week that they’ll be suspending all flights to Italy and South Korea until at least March 28th and March 25th, respectively. Italy has been one on the hardest-hit countries in Europe and went into lockdown on March 10th following 463 deaths and 9,172 confirmed cases. Just two days later, despite these measures, the current death toll is 1,016 and 15,113 confirmed cases.

IndiGo, the primary domestic airline in the country, who proudly received their IATA membership at the end of last year, has also said that they expect a loss in earnings this quarter due to the travel restrictions.

At the time of writing we’re still unsure on how much more this virus will spread before a cure is found, but countries around the world are working endlessly to find a vaccine and bring some kind of normality back to people’s lives.

Travel Tips if You are Visiting India for the First Time