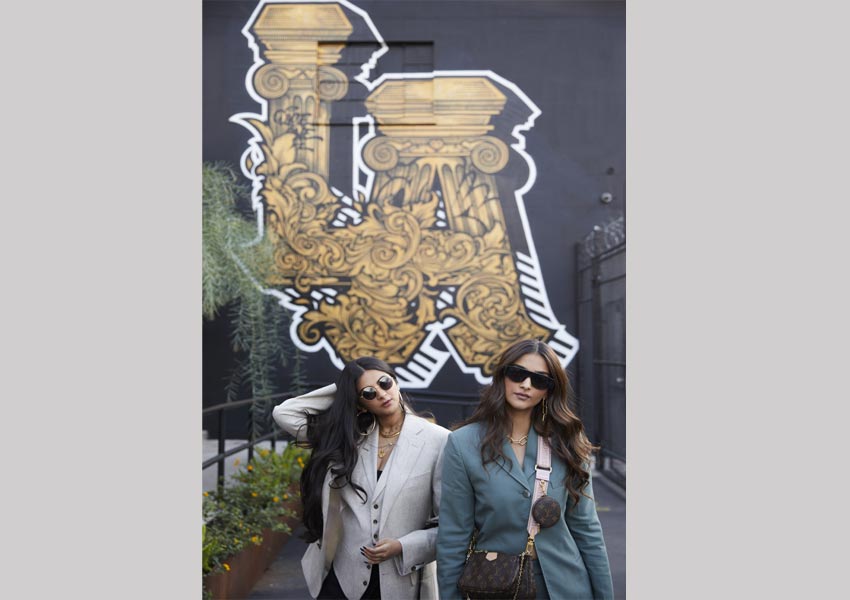 Building on its successful partnership with Sonam Kapoor and Anand Ahuja in early 2019, Los Angeles Tourism’s latest digital marketing campaign showcases the city’s phenomenal cultural, culinary, shopping and wellness offerings through the eyes of power siblings Sonam and Rhea Kapoor. The duo are featured in a new collaboration, teasers of which are live on Sonam and Rhea’s social channels.

The multi-part series follows the siblings as they explore the diverse neighborhoods of Los Angeles. From shopping on famed Abbot Kinney in Venice and at the ROW DTLA (Downtown L.A.), to dining at world class restaurants like MTN, Nightshade and The Bazaar by José Andrés, the sisters experienced their favorite parts of the city together. The campaign also captures them taking in spectacular sights at Hotel Erwin’s rooftop, discovering the tastes of L.A. at the Original Farmers Market, and indulging themselves at the luxurious Ciel Spa at the SLS Hotel, a Luxury Collection Hotel, Beverly Hills. Content will run on Los Angeles Tourism’s owned channels, on Sonam and Rhea’s social media accounts, and through paid media partnerships.

“There is a natural affinity between Los Angeles and India thanks to our shared love of film. We wanted to utilize this campaign to build on that affinity and show prospective Indian travelers the diverse options they have to eat, play and shop in L.A. through the eyes of our mutual friends, Sonam and Rhea Kapoor,” stated Don Skeoch, Chief Marketing Officer for Los Angeles Tourism & Convention Board.

“LA’s become like a second home to us. It’s just everything that I like about the States rolled into one package with sunshine and good weather around it,” said Rhea Kapoor.

“There is an outdoor vibe and so much emphasis on health, fitness, and good food. There is something for everybody,” said Sonam Kapoor.