MS Dhoni urges people to have safe journeys through redBus 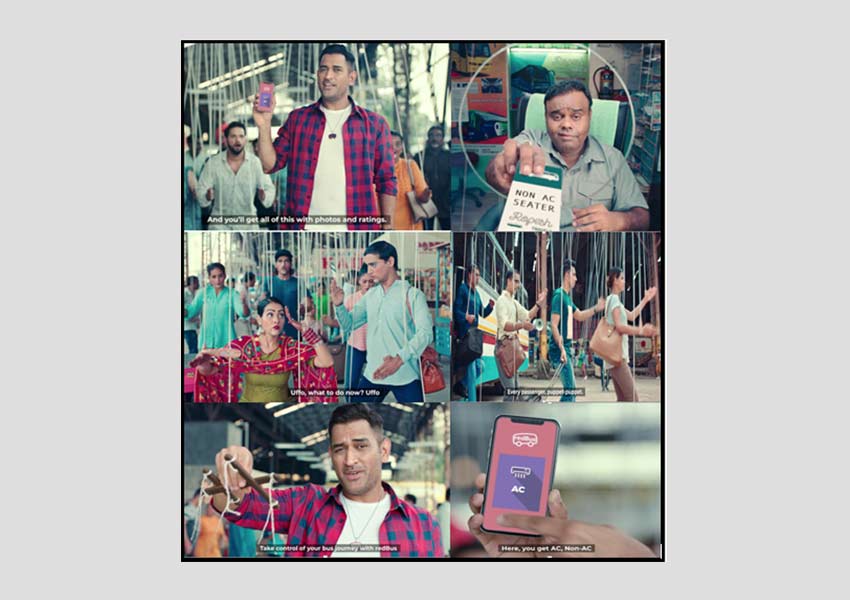 redBus has launched a large scale, 360 degree integrated marketing campaign, featuring its brand ambassador, MS Dhoni, highlighting the conveniences and advantages of using the redBus platform, as opposed to traditional methods of bus ticketing. It emphatically urges people to avoid being puppets of unorganized ticketing methods and take control over their journeys with redBus.

As part of the campaign, redBus has launched a 30 second TVC, which is the first in the series of two commercials, with the second video set to go live on 7th December. The films emerge from the core idea of highlighting the plight of travellers who are at the mercy of offline bus ticket booking system. They often have no control over the choice of bus, seat or ticket pricing. The films dramatize this lack of control by portraying the offline consumer as a puppet controlled by greater forces. The messaging deals with two major pain-points faced by offline ticket purchasers – limited range of options and arbitrary prices. redBus comes to the rescue on both occasions with Dhoni carrying the brand’s message of ‘taking control’ of one’s bus journey with the help of the redBus app, with his sporty elegance.

redBus launched its first brand campaign with MS Dhoni in May this year, where the cricketing legend was cast in an unusual avatar of a hockey player. The films associated with this campaign, emphasised on aspects such as choice of leg room and best discounts offered on the redBus platform and was well received across India. The campaign also helped deliver growth in the west and north markets for redBus.

Cricketing legend, MS Dhoni, stated, “I thoroughly enjoyed being part of the new ad films for redBus, the storyline and depiction aptly conveys the brand’s message to the audience. The success of the earlier campaign, where I appeared as Balbir Singh in a hockey avatar has been extremely encouraging and I look forward to a similar reception this time.”

Prakash Sangam, CEO, redBus, said, “We have strengthened our footprint across the country, especially in West and North India, with MS Dhoni anchoring our campaigns. The online bus ticketing segment is still underpenetrated with tremendous potential to grow and our objective is to attract a large cohort of offline ticket purchasers to experience the convenience of booking on redBus and thereby drive growth.”

On the occasion of the launch, Pallavi Chopra, VP and Head of Marketing, redBus, said, “The objective of this campaign is to attract a large segment of offline ticket purchasers who are deprived of choice and best ticket prices, to try redBus and enjoy a hassle-free travelling experience. We have put up a strong narrative to emphasise this message, with Dhoni delivering it emphatically to a PAN-India audience. The films are both, educating and entertaining and sure to command strong attention from our audience.”

Dileep Ashoka, EVP, McCann South, said, “redBus, India’s No. 1 online bus ticketing app, has already managed to get a large share of the early adopters on board with previous campaigns. The objective of the current communication is to target the laggards in the category- those who are habituated to booking through traditional methods, despite all the pitfalls. The use of the puppet as a visual device, a catchy rap and Dhoni’s mass appeal is aimed at driving home the message to a wider demographic in the most disruptive way possible and shake offline consumers from their current state of inertia”.

Arun Pandey, Chairman and Managing Director of Rhiti Group which manages Dhoni’s commercial engagement exclusively, said “Association with redBus will go a long way. The latest campaign resonates the ideology of building faith in the customers to do hassle free booking with best prices and experience offered. Dhoni and redBus both exemplify symbol of trust amongst the people, we are really excited for the new campaign”

The campaign will be aired on all leading national and regional TV channels, including digital and social media.