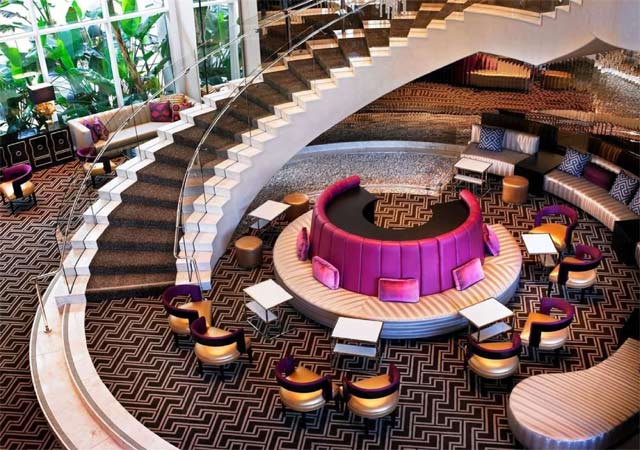 Hotels.com® reports an increase in searches from across the globe to the destinations where the critically acclaimed movies La La Land, Jackie, Lion and Manchester by the Sea are set. This year sees Hollywood blockbuster hits influencing travel plans, with the world’s film fans seeking to relive movie scenes and step into the stars’ shoes.

Following intense media coverage and critical acclaim for La La Land, the smash hit starring Ryan Gosling and Emma Stone has driven searches soaring over 20% up on last year, according to the travel experts at Hotels.com.  La La Land hit the headlines when it was nominated for 14 Oscars – the only film to have matched the nomination record of Titanic in 1998.

Washington, DC, the political hub of the United States, has also enjoyed an uplift of more than a quarter, following Natalie Portman’s knock-out portrayal of the former First Lady in Jackie and the re-invigorated interest in one of America’s most progressive presidents.

The critically acclaimed Manchester by the Sea, featuring Casey Affleck and Michelle Williams, was nominated for five Academy Awards and has taken the world by storm, with approximately 35% more holiday makers considering a trip to Boston and the beautiful coastal towns this stunning movie captures.

Less-travelled international destinations are benefiting from the Oscar’s effect too. Hotels.com has seen a whopping increase of nearly 70% in searches globally for hotels in the bustling city of Calcutta, India, since the nominations.

Amit Agarwal, Marketing – India & South-East Asia at Hotels.com, said: “We have seen strong increases in searches for hotels in Oscar nominated film locations as vacationers are inspired to experience these destinations for themselves. The films have clearly captured the hearts and imaginations of people across the world who are willing to travel to have their own slice of the action.”

For romantics wanting to dance the night away under the stars, stay at the luxury four-star W Hotel with the beautiful Griffith Observatory walking distance away. Alternatively, stay at the colourful four-star Shade Hotel Redondo Beach just a stone’s throw away from where Gosling’s solo pier performance was filmed. History and politics aficionados wanting to retrace the steps of some of the Free World’s most influential people can stay at the luxury five-star hotel, The Jefferson and soak up the presidential grandeur and historical charm of this beautiful boutique hotel.

The Jefferson Hotel is available from INR18, 404* per room per night. For more information or to book, visit Hotels.com

Manchester by the Sea, Massachusetts

Filmed in Massachusetts, the tale trails the coastal towns of Gloucester, Essex, Rockport and Beverley and the fishing village of Cape Ann. To follow in these footsteps, touch down at the luxurious five-star Boston Harbour Hotel before taking to the road to visit the relatively off-the-beaten-track movie locations to capture the brooding yet beautiful atmosphere of one of the most award nominated movies of the year.

The Boston Harbour Hotel is available from INR21, 049* per room per night. For more information or to book, visit Hotels.com

For travelers wanting to soak up the abundant culture, architecture and history of the fascinating city of Calcutta, stay at the five-star hotel, The Oberoi Grand; a beautifully designed hotel in the heart of the bustle.

The Oberoi Grand is available from INR11, 484* per room per night. For more information or to book, visit Hotels.com