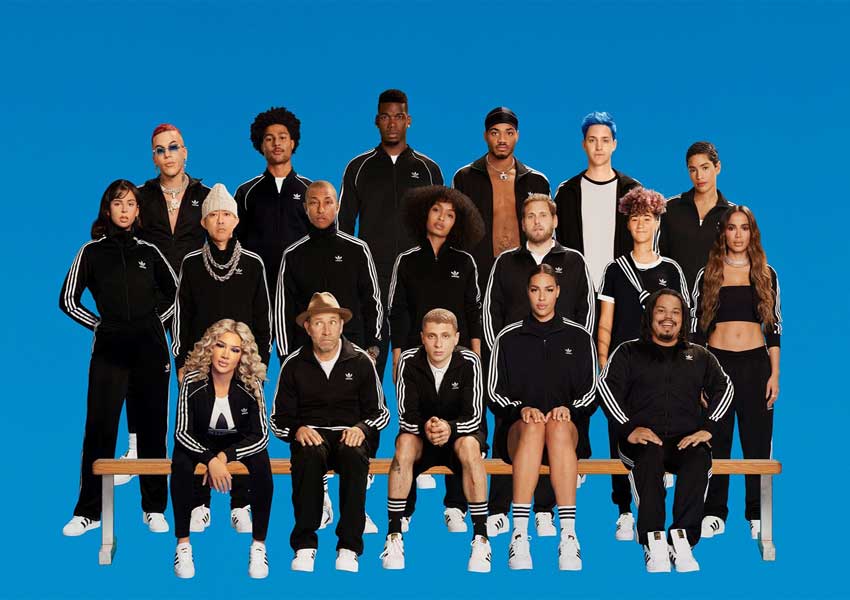 Since its inception, adidas’ iconic Superstar shoe has stood for those who aren’t afraid to stand for something. Throughout its existence the instantly recognizable silhouette has graced the feet of teams at the forefront of culture worldwide. Having changed the game on the court 50 years ago, today the sneaker is made for game-changers off of it. Celebrating five decades of culture makers, boundary pushers, and limit breakers, adidas Originals launches Change Is a Team Sport.

Staying true to Superstar’s unmatched legacy at the forefront of culture and worn on the feet of teams and crews over time, throughout 2020 adidas Originals will use the power of teamwork on series of initiatives designed to create and inspire positive change in local communities across the globe.

Bringing together game-changers from across the worlds of music, fashion, sport and art, adidas Originals shows that change doesn’t happen alone. Change Is a Team Sport kicks off with a film directed by and starring Jonah Hill, featuring a cast of adidas’ family of creators. The film follows skater Jenn Soto as she makes her way through a facility where creators from different crafts and generations come together to work for change. Meeting an array of different creators along the way, all decked out in black tracksuits and Superstars, Soto’s trip through the facility underscores the fact that it’s teamwork that drives meaningful change.

Speaking on the process behind directing the film, Hill explains his desire to shine a light on the full landscape of creative expression: “There’s no knowledge without the older generation who did it first. And there’s no change or progression without the new generation. So if those two generations come together, I feel like that creates the atomic charge for great art and great creativity.”

adidas Originals: Change Is a Team Sport debuted during this year’s Grammy Awards and is officially launched globally.