Glamorous models are all set to sashay the Kingfisher Calendar 2020 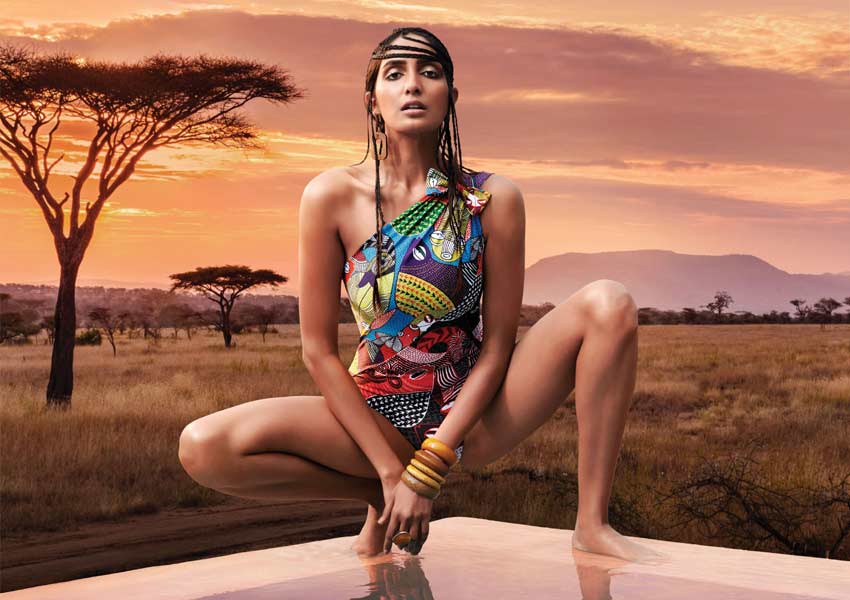 The legendary Kingfisher Calendar is back with a scintillating new edition and it only promises to be bigger and better. Known for its picturesque settings and glamorous women, the current edition of Kingfisher calendar was shot at Cape Town, South Africa and regions around the Western Cape. From sand dunes to rock formations in the ocean, blue waters to stunning architecture, Kingfisher calendar 2020 is sure to arrest your attention with a magical reality.

The Kingfisher Calendar 2020 in its 18th edition, will feature four gorgeous models – Aishwarya Sushmita, Aditi Arya, Pooja Chopra and Zoya Afroz. This year’s models will be styled by the talented Allia Al Rufai; make-up by Kapil Bhalla; with hair stylist Marianna Mukuchyan, and capturing them on lens by none other than celebrated photographer Atul Kasbekar, who has been associated with the Kingfisher Calendar since its inception.

Speaking on the commencement of the current edition of the calendar, Gurpreet Singh, Head Marketing, at United Breweries Ltd. said, “The Kingfisher Calendar 2020 has been shot at the tranquil location in and around Cape Town, South Africa and as has been the case every year this year as well the Calendar will showcase the best of style and photography. An epitome of unmatched glamour and panache, the Kingfisher Calendar has been a launch pad for fresh talent and has given the film and fashion industry some of the biggest names over the years. Every edition receives great admiration from the connoisseurs of style and photography. I am sure this year as well, the Kingfisher Calendar will be a much-coveted possession.”

Talking about his experience on the making of the calendar, Atul Kasbekar commented, “The Kingfisher Calendar has been an epitome of fashion, sensuous beauty and picture-perfect locations. In every edition, we endeavor to keep it exotic and exuberant. This year, we are very excited about what we have shot around the western cape of South Africa which provided a great backdrop and a plethora of options to set a picture-perfect frame”.

Zoya Afroz: is former Pond’s Femina Miss India International 2013 and is the brand ambassador of some of the biggest lifestyle brands in the country