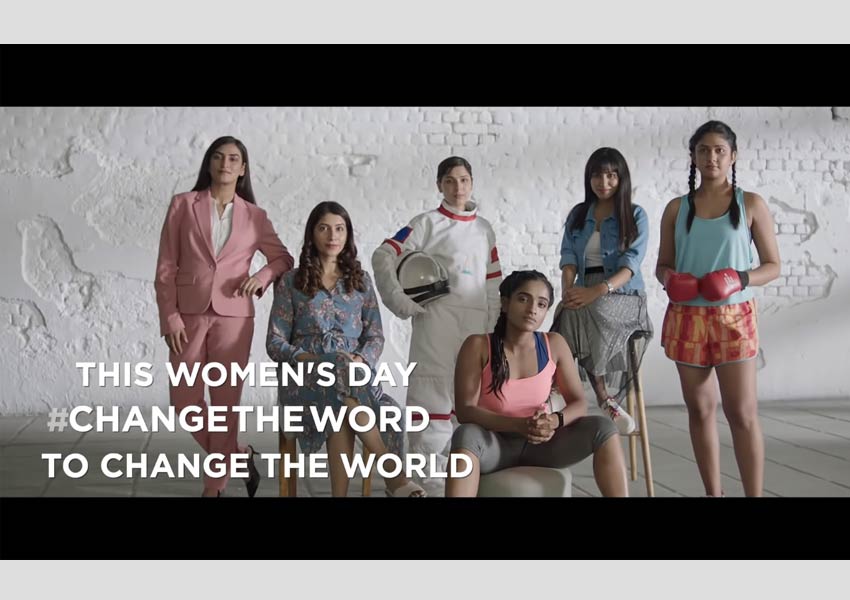 Ahead of International Women’s Day, Metro shoes has launched a unique campaign with a new take on patriarchy and stereotyping. Conceptualized and executed by Makani Creatives, the thought-provoking video is live across social media platforms like Instagram, Facebook, and YouTube. The video showcases women performing various roles and undertaking tasks which are associated with men and doing them par excellence. It therefore challenges the term ‘It’s a man’s world’ and urges the viewers to relook at biases that are deep-rooted in the society and reflect through our words and phrases in daily life. The video then concludes by communicating that to ‘change the world, we need to first #ChangeTheWord’. The 45 second video gives a powerful and impactful message without being preachy or prudish.

Speaking about the campaign Ms. Alisha Malik, VP Marketing and Ecommerce, Metro Shoes said, “Despite significant change in society’s outlook towards women, some stereotypes and ideas of patriarchy are too deep-rooted. This International Women’s Day we thought it would be apt to communicate this through a brand campaign. Makani Creatives has done a good job of bringing this message alive effectively.”

Talking about the thought behind the campaign, Mr. Sameer Makani, Co-Founder and Managing Director, Makani Creatives said, “In our daily life, we don’t realize biases that we create on the basis of language. Phrases promoting masculinity, showcasing the roles only men played in yesteryears has proved on how language has been one of the major catalysts in reinforcing the bias. Observing this, the idea was to show today’s women in a few handpicked common phrases that emphasize on men to put out a thought that says ” #ChangeTheWord to Change The World.”