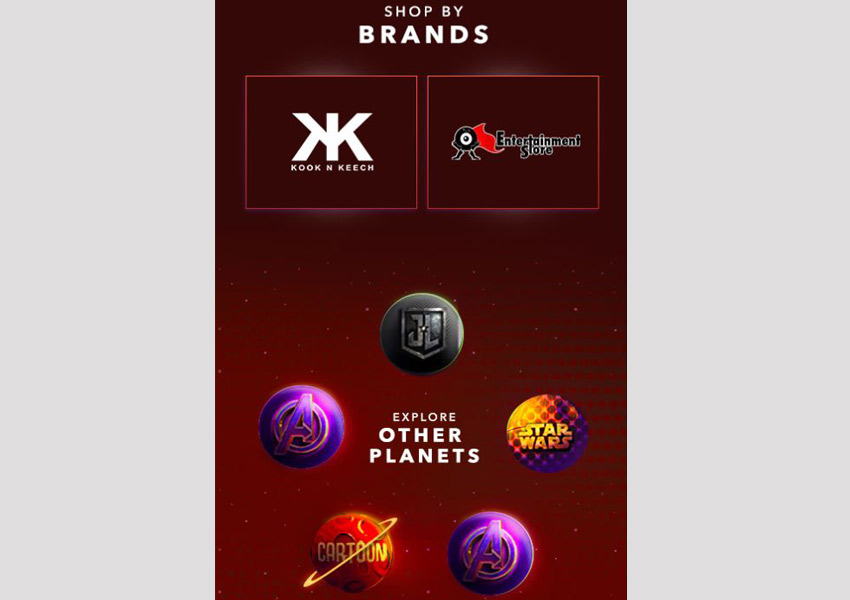 After the success of the first-ever online Comic Con launched in May this year, Myntra has returned with a bigger, more immersive and engaging edition of one of the country’s greatest pop cultural celebrations. The second edition of this adventure-loaded virtual convention is being held in association with Comic Con India between the 25th and 27th of November, offering millions of fans, especially those living beyond Tier 1 cities, experiences similar to the offline Comic Con held in metros.

The in-app immersive comic experience from Myntra, offers six different universes for fans including, Justice League, Avengers, Star Wars, Cartoon, Earth and Time Travel. The event has a range of engagement activities, including, quizzes, crosswords, spotting the difference and more, to challenge the true fan’s knowledge of the universe. There is rich content for comic fans to explore and interact with, alongside the biggest fanboy inventory ever, comprising 10,000 styles across apparel, footwear, accessories, super hero action figures, comic books, Game of Thrones collectible books, superhero bobble heads, posters, mugs, home furnishing and even a chance to win passes for the San Diego Comic Con. Another interesting aspect of this edition is the personalized scorecard which is displayed on users profiles and helps them track their progress as they explore the multiverse.

Over 80+ brands, including Myntra’s ‘Kook n Keech’- the go-to brand for comic star studded merchandise which houses the largest collection of licensed products from Marvel, DC, GoT, Cartoon Network, Star Wars and Disney, will be available along with YK, Bioworld and others. Some of the popular superheroes and characters include, Superman, Batman, Iron Man, Captain America, Hulk, Deadpool, Harry Potter, Mickey Mouse, Spiderman and Wonder Woman. In the second edition, Myntra has also on-boarded key brands like The Entertainment Store, giving people across the country access to their merchandise.

Speaking on the occasion, Amar Nagaram, Head, Myntra Jabong, said, “Myntra is focused on providing its customers new and unique experiences and the virtual Comic Con is the latest in our efforts to engage our customers and give them access to the best of brands and comic merchandise. Pop Culture is catching up rapidly across the country and that is where the concept of an online Comic Con makes absolute sense, as it not only helps us reach and engage with a large fan base, but also underscores the brand’s culture and proposition.”

The current edition is also being promoted extensively on social media with themed content- like a superhero chatroom, engagement contests, influencer promotion and more. Myntra has also partnered with Comic Con India to have a shoppable kiosk with self-checkout in the offline Comic Con events in key cities. The most popular superheroes on Myntra over the last one year, across genres were, Captain America, Avengers, Iron Man, Deadpool & Punisher.