The film shows a young woman’s frantic search for her mother in the middle of a national lockdown – with unexpected results! The film tells the story of a young woman, quarantined in her home after travelling recently – and unable to reach her mother, despite repeated calls. She doesn’t give up and continues to find ways to track down her mother – all the while trying to reassure her younger brother (who is living in a different city and fearing the worst) while swallowing her own panic in a world full of Covid 19 headlines. After some impressive and very resourceful digging around in her order history on the Nykaa app, Vedika tracks down her mother’s co-worker and calls her.

The final unexpected twist in this story comes at the very end of the film –  where, in a poignant, touching moment, it is revealed that Vedika’s mother is a doctor and has been in the hospital, fighting on the frontlines in the battle against the pandemic. Starring web series actor Akanksha Thakur – from TVF Pitchers and Permanent Roommates fame – the film weaves a poignant, tension-tinged tale to fittingly capture the courage we sometimes discover in the midst of chaos.

“Khoj is Nykaa’s tribute to the extraordinary strength of women who could also be mothers, and more importantly, a heartfelt tribute and resounding thanks to the heroes fighting for our safety in the time of Covid.-19. Our aim with these campaigns is to grow stronger as a voice that celebrates women from all walks of life”, says Madhavi Irani, Chief Officer – Content, Nykaa.

As this film was created during lockdown, the entire film has been shot remotely, on a phone camera, creating a raw, real and immersive viewing experience. 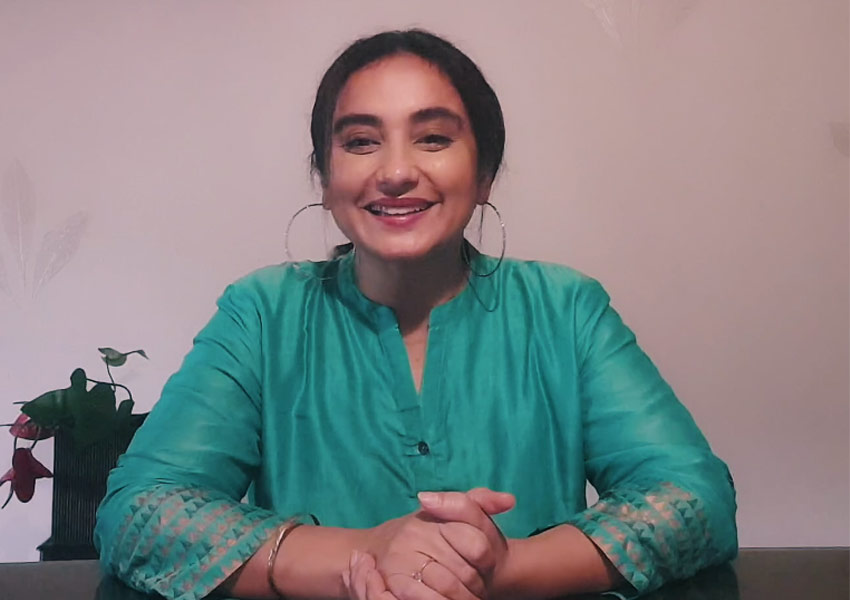