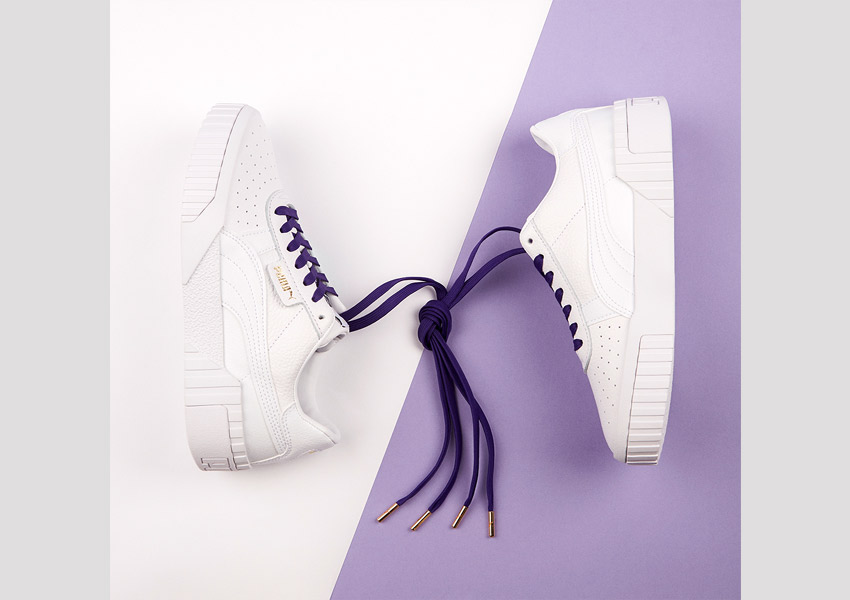 Ahead of International Women’s Day, sports company PUMA partners with Women Win to support girls and women in sport. Through this initiative, the brand will give away ultraviolet laces with every purchase of women’s merchandise and will make a donation of up to 100,000 euros to Women Win, an organization delivering girls’ sport programs across the globe.

On the heels of its recently launched Propah Lady campaign, PUMA continues to be at the forefront of driving powerful conversation celebrating empowered women. The limited-edition ultraviolet laces, perfect for all the “Propah Ladies” out there, make a bold visual statement and come with the message “Forever Tied Together”. Beginning March 1, the laces will be given away with the purchase of any women’s products at retail stores and online at in.puma.com. In India, for every pair of laces produced, PUMA will make a donation equivalent of 1 euro.

PUMA has also called on its network of ambassadors, athletes, and social fans across the world to sport the laces. For every unique Instagram post that includes the laces and #PUMAWomen, calling more “Propah Ladies” to join the conversation, PUMA will make an additional donation equivalent of 1 euro to Women Win.

Founded in 2007, Women Win has given millions of girls and women across the world the opportunity to play sports and build leadership skills. The organization currently supports initiatives in Asia, the Pacific, Africa, Europe, and the Middle East as well as North, South and Central America.

PUMA recently launched the PUMA Propah Lady campaign that counters the conventional idea of what makes women proper and redefines it. It celebrates the shift from women being told what to do, to them writing their own rules. This inclusive campaign for the first time brings together Indian Olympic boxer, MC Mary Kom; International athlete, Dutee Chand, Bollywood Actress, Sara Ali Khan, and transgender model, Anjali Lama.

The campaign’s core narrative goes beyond breaking stereotypes, instead, it drives home the focus on recognizing how women are owning their stand and living unapologetically. With a fresh perspective, the fun and relatable direction aims to give women an expression to celebrate their individuality and live life through their own mantra – like a Propah Lady.

Tags:
Previous Article
Amitabh Bachchan comes up with a cool abbreviation for Gulabo Sitabo
Next Article
HIGHER.FURTHER.FASTER with Captain Marvel on Star Movies