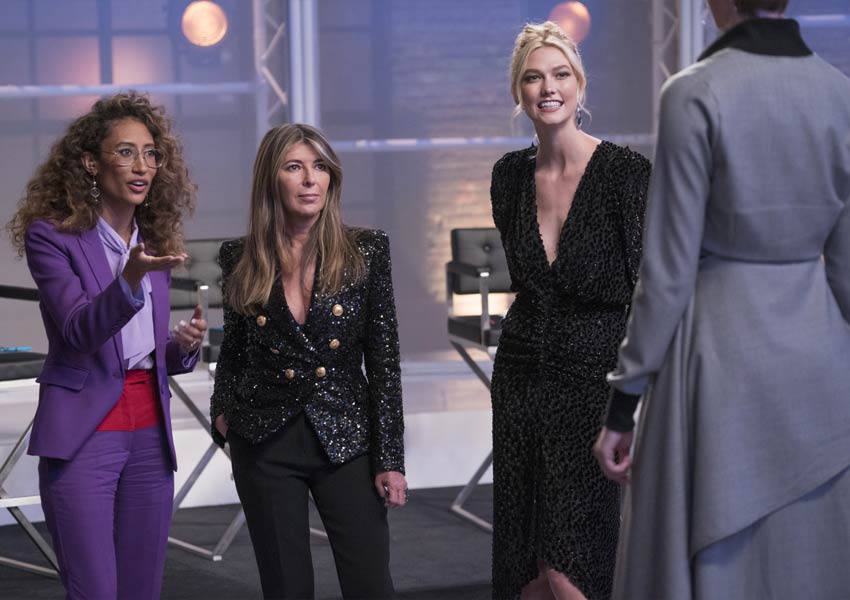 The fashion competition series “Project Runway” premiers on TLC India, The series will include supersized 60-minute episodes beginning November 4, 2019 every Monday on TLC SD and TLC HD. This season, as the fashion industry evolves, so does the runway with a new design aesthetic and additions to the judging panel: supermodel and entrepreneur Karlie Kloss joins as host with former “Project Runway” champion and celebrated CFDA fashion designer Christian Siriano as the mentor. ELLE Editor-in-Chief Nina Garcia returns as a judge, along with famed fashion designer Brandon Maxwell and journalist and former Teen Vogue Editor-in-Chief Elaine Welteroth.

The new look and feel continues with 16 new designers from across the United States and abroad who will compete for the coveted spot of a lifetime, a chance to show their collection during an exclusive runway show for industry insiders and influencers as well as win the largest cash prize in the show’s history. With an all-new runway and workroom furnished with sewing and embroidery machines by Brother, a glam room for the models outfitted by TRESemmé and Maybelline, along with challenges that embrace the nuances of the fashion industry—including flash sales, fast fashion, the inclusion of plus-size models.

Sai Abishek, Director – Content, Factual & Lifestyle Entertainment, Discovery, said, “Project Runway has successfully managed to remain at the top of fashion reality TV series for 17 seasons – a huge achievement considering that fashion continues to evolve from time to time.  A new look and a new supermodel host in Karlie Kloss, and famous fashion designer Brandon Maxwell as a judge, will add zing to the fashion design competition series. We are delighted to showcase this special series on TLC in India..”

Ganesh Rajaram, General Manager, EVP Sales Asia, International, Fremantle, said, “We are looking forward to continuing our partnership with TLC India to showcase Project Runway to audiences in India. This season promises to be as big as ever with an entire new look, including supermodel Karlie Kloss as the new host, as well as a brand-new judging panel.

The stakes are high as the aspiring designers stand to gain unparalleled experience and valuable skills in pursuit of their dreams. They’re guided by judges and special guests who are knowledgeable about design, style, and pop culture including: Marni Senofonte, who is Kendall Jenner’s personal stylist as well as the stylist behind Beyoncé’s Lemonade and Super Bowl 50 looks; actress and Siriano muse Danielle Brooks, who judges a fierce challenge to design a dream dress for the women who keep New York City running; famed designer Dapper Dan drops by to inspire the contestants to think outside the box as he did with luxury fashions in the ‘80s; and to take things up another notch, rapper/songwriter Cardi B makes a surprise visit and gives commentary as only she can. Proving they can survive in the competitive and cutthroat world of fashion, the hopefuls compete in an array of challenges, including a series first – the flash sale challenge.

The wining designer will receive the largest prize in the show’s history— $250,000 furnished by the Pilot’s FriXion Erasable Gel Ink Pen —a feature in ELLE, and his or her own featured role in a Bluprint digital series as well as $50,000 to put toward their own design studio also courtesy of Bluprint. Plus, for the first time ever, “Project Runway” is partnering with one of the most prestigious organizations in fashion, CFDA (The Council of Fashion Designers of America) for a one-on-one mentorship including all the tools and connections to create, grow, and sustain a business in fashion.