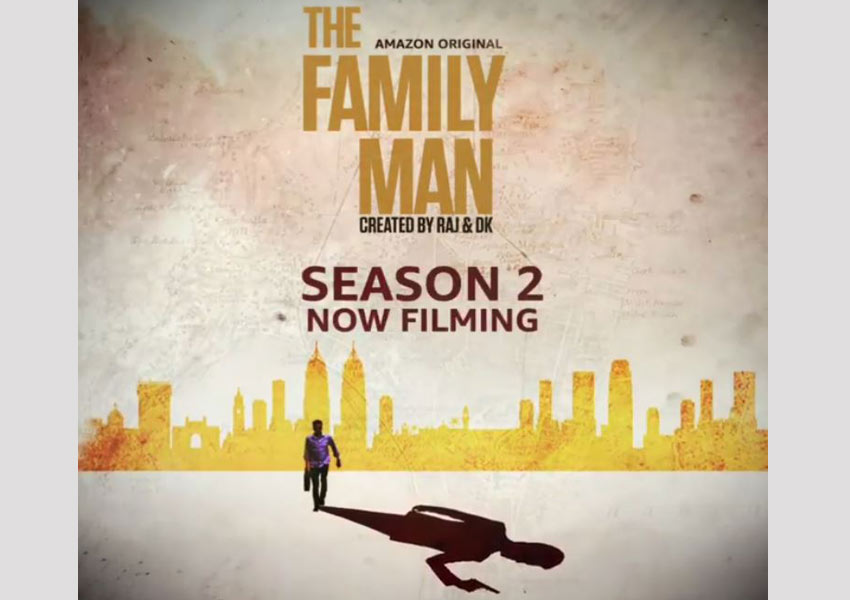 Following the phenomenal success of Amazon Original Series – The Family Man, Prime Video has announced that it has greenlit the second season of the show. Season 2 of The Family Man pits Srikant Tiwari against a new, powerful and avenging adversary and offers an exciting, gripping and action-filled storyline while exploring relatable themes of home, belonging and estrangement.

The show is created, directed and produced by Raj & DK, through their production company D2R Films, and written by Raj & DK and Suman Kumar. The first season was highly acclaimed by critics and audiences alike for its freshness, relevance, relatable characters and especially for blending an espionage thriller with humour and amazing family dynamics. The stellar performances by the cast, especially Manoj Bajpayee’s role as Srikant Tiwari, has left audiences eagerly waiting to find out what happens next.

Vijay Subramaniam, Director and Head, Content, Amazon Prime Video India, said “Spy thrillers have been one of the more popular genres amongst our international originals; and we are happy to see this global phenomena recreated in India for The Family Man. Interestingly, the show was loved both by audiences in India and abroad. The Family Man has become our most watched Amazon Original Series in India! We are thrilled to be working with the talented duo Raj and DK for another successful season of The Family Man.”

Raj & DK, Creators of the Amazon Original, The Family Man, through their production company, D2R Films said, “The Family Man has become a global sensation and we couldn’t be happier associating with Amazon Prime Video to make this happen! While we hoped that audiences would like and relate to the show, what has truly overwhelmed us is the magnitude of love we received within days of the release. Our pan-Indian cast has also been getting amazing appreciation from audiences across the country. We are thrilled that the quality of content and performances are truly breaking down preexisting walls within various film industries in India. We are delighted to announce that together with Amazon Prime Video, we are coming back with a new season that promises more edge-of-the-seat drama and thrill – the plot will thicken!”

Actor Manoj Bajpayee said, “There is no better feeling for an actor than being appreciated by the audience and fans. The response received on my performance in The Family Man has been overwhelming and I am grateful to Raj and DK and Amazon Prime Video for their faith in me and giving me an opportunity to play the flawed but extremely relatable Srikant Tiwari. The experience of working with Amazon Prime Video has been phenomenal and I am truly excited for Season 2.”

Actress Samantha Akkineni said “With the digital space booming, I knew I had to be a part of this revolution. What better way to make my digital debut, than with one of India’s most loved series – The Family Man. I have loved Raj & DK’s work and given the global reach and standing of Amazon Prime Video, I couldn’t have asked for better partners. The role I play for the show is diametrically different from anything I have done before.  It will certainly surprise and delight my fans.”