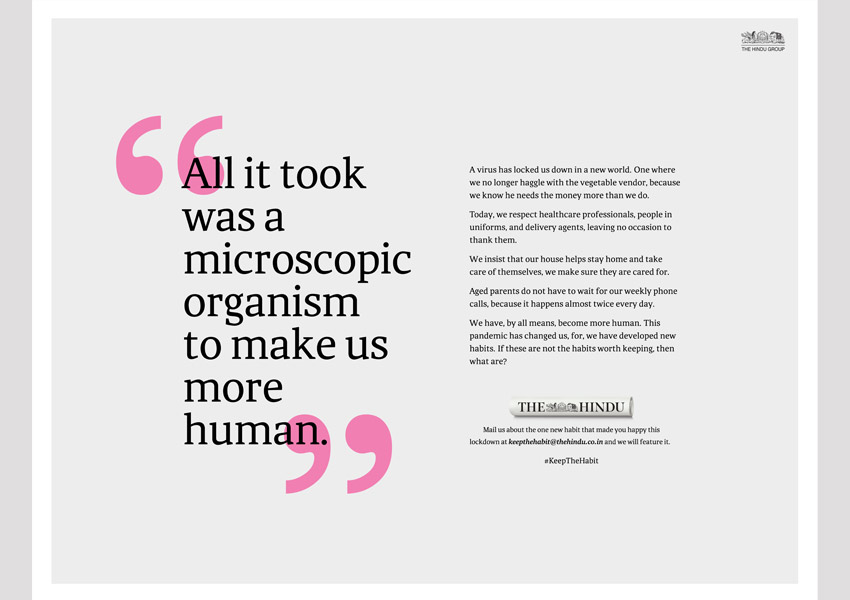 The Hindu released a campaign to highlight the change in people’s behaviour and habits during the lockdown. The first visual of this campaign that you see here, draws our attention to the simple fact that a microscopic organism is all it took for us to be more human.

The campaign then goes on to showcase different instances of how we have changed – from calling aged parents more often to enquiring about our house help’s wellbeing. We have also started recognizing and respecting the immense role played by frontline healthcare workers, people in uniforms, and even delivery agents. The campaign argues that some of these habits are definitely worth keeping.

These are troubled times we live in, with the global health crisis right at our doorstep. But signs of change have been evident, as people make a conscious attempt at being more thoughtful and empathetic to fellow humans. With this campaign, The Hindu aims to get readers to share the ‘new habits’ that have made them happier, and these will later be featured in their newspaper.

Mahesh Gharat, Chief Creative Officer, Ogilvy India-South: “Crisis brings people closer and therefore they are able to view the world very differently. The change in their outlook towards fellow humans is most certainly the positive change that has emerged in this crisis. We decided to acknowledge these instances and publish them through a campaign, as a means of reassuring the world that, despite all our troubles, tomorrow could be a happier place.”

The campaign was released across India through the print editions of The Hindu, as well as published on their social media pages. A radio campaign follows. 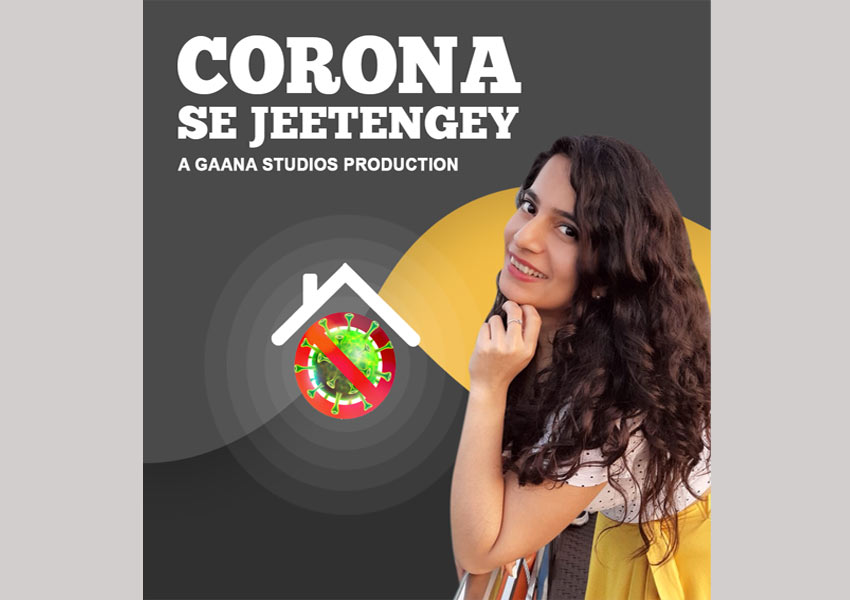