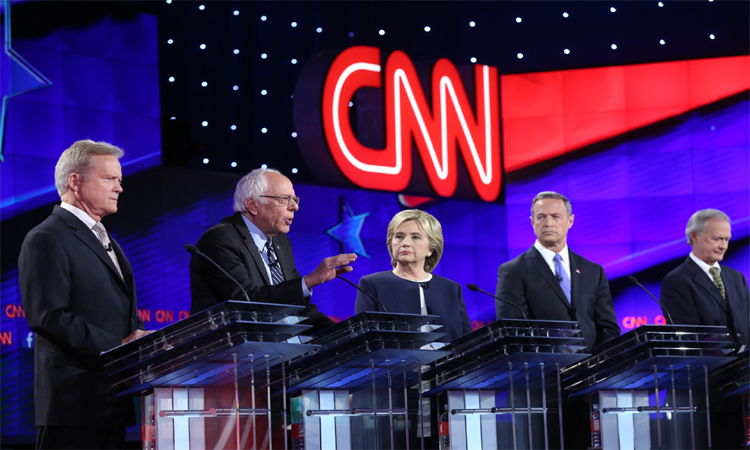 CNN International is offering a comprehensive CNN Politics package to international TV and digital publishers that will enhance their coverage of 2016’s biggest news event – the US Presidential Elections.

Through CNN International Commercial, publishers around the world can access exclusive CNN content and reporting about the race for the White House, taking in all of the major events, debates and news stories, including:

All of these products and services are available to existing CNN affiliates as well as new linear and digital publisher partners.

“Without doubt, the 2016 elections is lining up to be a truly international event, with foreign policy and the US’s global economic, cultural and diplomatic role at the heart of the debate,” said Greg Beitchman, Vice President, Content Sales and Partnerships, CNN International. “CNN has developed this CNN Politics product to give our linear and digital publisher partners the opportunity to utilise our journalism and expertise in telling the story of the elections. Adding our dedicated reporters, multi-media content and the power of the CNN Politics brand will give publishers an edge over the competition.”

“The engagement and interest in this election cycle is unprecedented. And CNN Politics has been the number one political news destination since the campaign officially kicked off in March of 2015, outranking all other competitors month after month,” said Ed O’Keefe, Vice President, CNN Money and CNN Politics. “We’re using every tool in the toolbox to tell this story in striking and compelling ways and it’s resonating with our audience all over the world.”

Tags:
Previous Article
Power Deal of the Year 2015 in the Middle East and Africa
Next Article
Gayatri Projects Limited divests stake in Western UP Tollways Ltd.