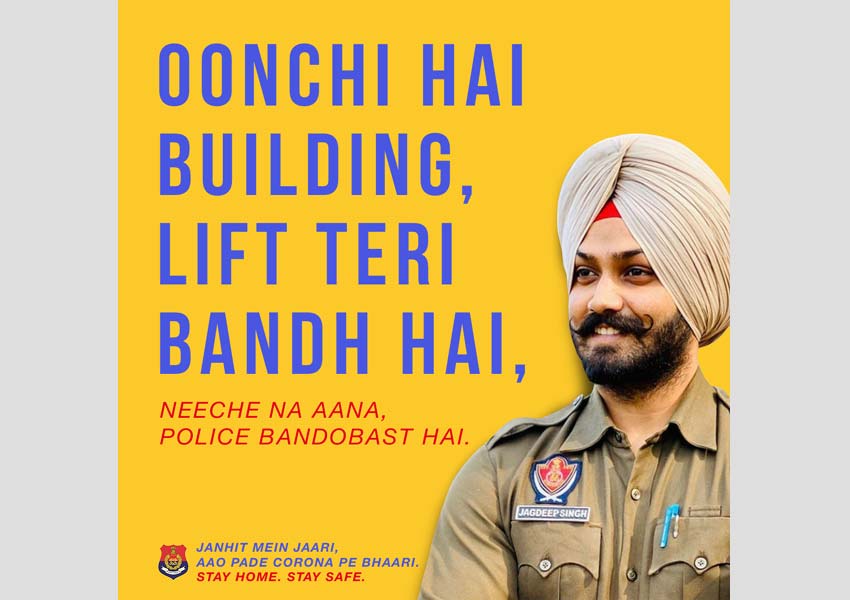 When the Hon’ble Prime Minister announced a nationwide 21-day lockdown, the law enforcement authorities across the country were entrusted with the task of ensuring the general public follow the PM’s mandate. Despite their best efforts their pleas have been falling on deaf ears as is evident from the large number of people who have been arrested by the police for violating the countrywide lockdown. In an attempt to raise awareness on the importance of staying indoors, Wunderman Thompson South Asia was tasked with developing social media communication for Punjab Police around the idea of ‘Stay Home. Stay Safe’.

The Wunderman Thompson South Asia team created nine different visuals in a matter of hours with Bollywood being at the heart of every communication piece. Classic Bollywood songs were cleverly integrated with the ‘Stay Home. Stay Safe’ concept and the creatives were thereafter released through the official Facebook and Twitter accounts of the Punjab Police. The creatives generated great chatter on social media and were also successful in engaging with the audience.

Commenting on the visuals, Dinkar Gupta, IPS, Director General of Police, Punjab said, “The campaign with the Bollywood songs, while providing some welcome relief from the sombre and challenging times we are all living in, delivers a very clear and unambiguous message that self-restraint is any day better than ‘social policing’. But most importantly for us, it helps us celebrate our own force, and showcase their contributions. We have plans to use the social media to reach out to the community, especially the millennials”.

Commenting on the assignment, Hanoz Mogrelia, SVP & ECD, Wunderman Thompson, India said, “This was a very interesting exercise for us. My creative team approached the project from different angles – and once we were given a go ahead on the Bollywood songs idea, we really went to town. The team, enjoyed working on this and would not mind doing work like this again.”

Tags:
Previous Article
Are electrical engineers in demand? Read here
Next Article
‘Coronavirus: How to Isolate Yourself’ premieres on Sony BBC Earth 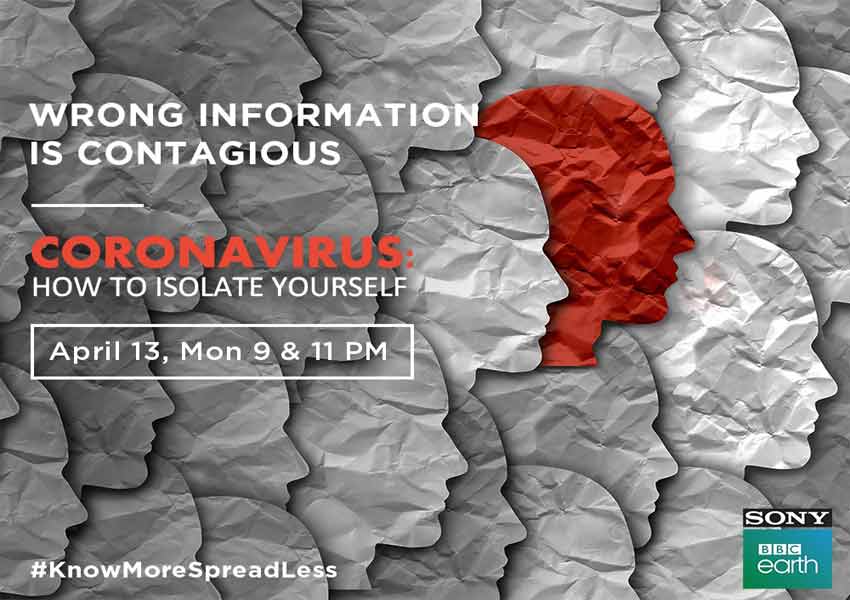 ‘Coronavirus: How to Isolate Yourself’ premieres on Sony BBC Earth
MediaInfoline Apr 10