Tata Motors announces the second year of association with VIVO IPL, with its premium SUV, Harrier 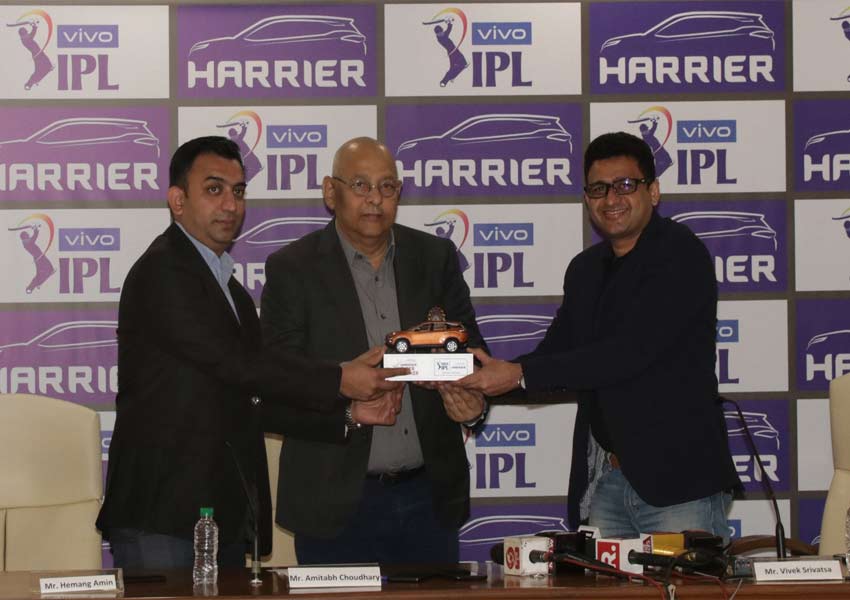 Tata Motors announced its premium SUV, Harrier, as the Official Partner for the VIVO IPL 2019. After an extremely successful outing last year, Tata Motors moves to a bigger and better season with the prestigious tournament. The 2019 VIVO IPL begins on March 23.

Commenting on the continued association with the VIVO IPL, Mr. Mayank Pareek, President, Passenger Vehicle Business Unit, Tata Motors, said “After a successful association last year, it is only fitting for Tata Motors that our premium SUV, Harrier, should be the Official Partner of one of the biggest sporting events across the world. Born of legendary pedigree, the Harrier has received a phenomenal response from customers across India. Much like the IPL, which is one of the most iconic global cricketing events, and is widely celebrated as a platform for budding talent and international cricket legends, the Harrier too is known for its exhilarating performance and exciting drive. We have elaborate plans to capture the audience’s attention in-stadia, on-air and across digital platforms, and hope to drive tremendous value from this association yet again.”

Speaking on the development, Acting Secretary of BCCI, Mr. Amitabh Choudhary said, “We are excited to continue our partnership with TATA Motors and have their newly launched SUV, Harrier, as the Official Partner of the IPL, 2019. Harrier’s exhilarating performance is very akin to the muscle that players put in to have the highest batting strike rate and win the Harrier Super Striker Award every match and for the season. We look forward to delivering great exposure to both the Harrier brand as well as TATA Motors.”

As the Official Partner, Tata Motors will showcase the Harrier in the stadium, across all matches, with exciting on-ground engagement plans and merchandise. The IPL matches will play host to the exciting Harrier Super Striker Awards – the best striker of the match stands a chance to win the beautiful and much-longed Harrier Super Striker Trophy along with a prize of INR 1 lakh. Moreover, the batsman with the highest strike-rate of the tournament, stands a chance to drive home the Tata Harrier. In addition to this, there are other interesting engagement activities lined up for the fans; like the Harrier Fan Catch, where anyone who takes a single-handed catch in a match stands a chance to win INR 1 lakh. The Harrier will also be a part of the IPL Trophy Tour, which is being planned across major Indian cities.