Nisha Narayanan honoured as ‘Business Leader of the Year’ 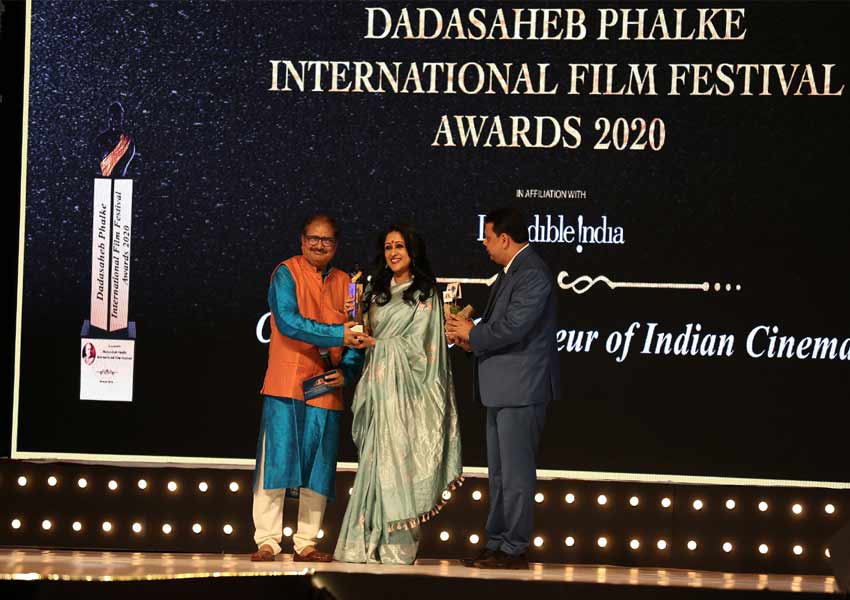 RED FM and Magic FM’s Chief Operating Officer & Director, Ms Nisha Narayanan has been felicitated with ‘Business Leader of the Year’ at Dadasaheb Phalke International Film Festival. The award has been given in the entertainment category for her vast experience and phenomenal work in the Media and Entertainment industry. This esteemed award is a grand celebration of cinema and nation which aims to recognise the unique talent of creators, artists and filmmakers. The award ceremony took place on 20th February 2020 in Mumbai in the presence of Hon’ble Governor of Maharashtra, Sh. Bhagat Singh Koshyari as the chief guest.

Today, RED FM stands strong with a wide network of 69 stations across the country. Narayanan has been instrumental in providing strategic direction and vision to RED FM and Magic FM. From their innovative campaigns, generating ideas to bringing fresh content, all of this is seamlessly managed and supported by her. Under her leadership, RED FM has successfully expanded to other business verticals through mediums like digital, event IPs and on-ground activations. Her strong belief in the power of regional has made RED FM a language agnostic music platform to connect with their listeners at a personal level. Nisha Narayanan is truly the backbone behind the success of RED FM, which one of the largest and most awarded network of radio stations in India.

Commenting on the win, Nisha Narayanan, Director & COO, RED FM and Magic FM, said, “I am extremely honoured to be recognized for my contribution to the industry by Dadasaheb Phalke International Film Festival Awards. Being awarded as ‘Business Leader of the Year’ in the entertainment category also marks the incredible work of my team. I would like to thank and congratulate the entire team of RED FM whose devotion towards every project and relentless support has made RED FM India, one of the most successful radio networks and a media brand to reckon with. As we add another feather to our achievements, this award also resonates with our commitment towards disrupting the radio industry with original content and innovative formats. At a time when traditional mediums are questioned about their relevance because of the upsurge of digital streaming platforms, this award bears testimony of the fact that radio is not just surviving but thriving. This award belongs to the entire radio industry.”

Narayanan has tapped various roles by starting her career as a radio jockey at All India Radio to achieving diverse experience in documentary film making and news anchoring. Apart from this, she has not only covered live events and national issues, but also hosted chat shows and debates. In her career span, she has won several prestigious awards – Don Rowland’s Prize for Excellence, The Most Enterprising Leaders of Asia 2018 – WCRC, Impact- 50 most influential women award 2016 and India’s Greatest COO – India’s Greatest Brands & Leaders 2017-18. Her strong passion for supporting talent and bringing about a change in the society has undoubtedly marked an inspiring journey of over two decades.

The Other Circle’s Aakanksha Gupta honored at ‘Superwoman 2020’