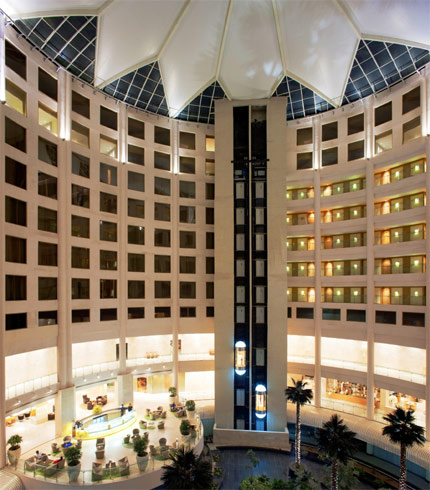 Revolving around the life of Dan, the film was shot completely at Radisson Blu Dwarka where Varun Dhawan and Banita Sandhu practiced as hotel management trainees, performing their daily chores. The idea behind this was for the actors to grasp body language and behaviour to bring more realism to their character in the film. As the two main leads portray lives of hotel staff, Radisson Blu became the home for the entire crew of October for 45 days.

Varun Dhawan, Actor, said, “It was a very pleasant stay and shoot schedule as it sometimes gets difficult to shoot at various location but because of the hotel team and their support we were able to shoot smoothly. We got blanket permissions for shooting at various strategic locations and I have never shot in such a voyeuristic way. It was quite a memorable experience and we enjoyed a lot”.

Shoojit Sircar, Director, added, “The hotel cooperated with us during the shoot with excellent staff and services in terms of what we needed. I think this will be one of the most memorable experience we ever had”.

Gaurav Mehta, Director Sales and Marketing, Radisson Blu Dwarka said, “We are thrilled to have had this opportunity. As a premium five-star hotel in New Delhi, Radisson Blu Dwarka stands out for its distinct architecture, aesthetics and service standards. The entire staff of the hotel contributed to making this a successful and seamless experience. We are grateful for ‘October’ that brings out the life of a hotel employee so vividly and beautifully”.

“The food is very good and I had to accommodate for certain type of diet that I have and all the chefs were very nice from the restaurants and overall had a pleasant experience so I would suggest everyone to come and try out Radisson Blu Dwarka. It’s a very nice hotel,” added Varun Dhawan.