Sony/ATV Music Publishing continued its five-year reign as the No. 1 publisher 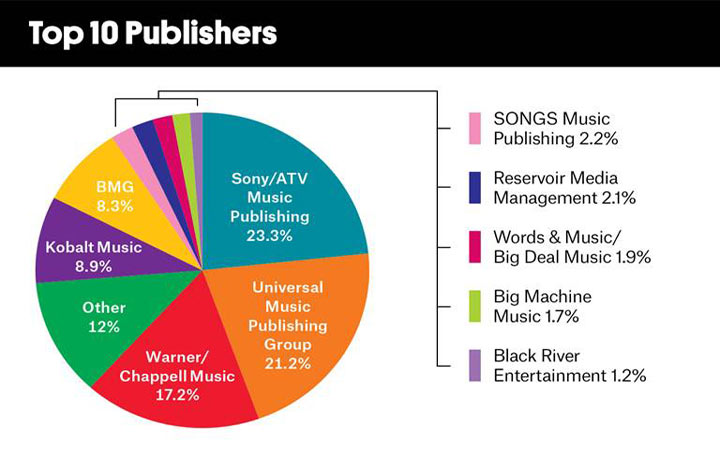 Sony/ATV Music Publishing continued its five-year reign as the No. 1 publisher in Billboard‘s quarterly assessment of the top 100 radio songs, but got some serious second-quarter competition from Universal Music Publishing Group.

Warner/Chappell dropped from second to third, but remains the No. 1 publisher of the top 100 country radio songs for the third consecutive quarter.

BMG, at No. 5, has narrowed No. 4 Kobalt’s lead to just half a percentage point and has a piece — along with Sony/ATV, UMPG and Warner/Chappell — of the quarter’s top radio song, Bruno Mars “That’s What I Like,” which had eight writers.

Benny Blanco was not one of them, but he was the second quarter’s top songwriter, placing four titles in the top 100, including Julia Michaels’ “Issues” (No. 7) and Ed Sheeran’s “Castle on the Hill” (No. 13).

Getting back to the rankings, SONGS Music Publishing finished in the Top 10 for the 14th consecutive quarter, this time coming in No. 6 with a 2.18 percent share; while Reservoir Media cracked the top 10 for the first time with 2.07 percent.

And rounding out the rankings, Words & Music/Big Deal came in No. 8 with 1.85 percent; BIg Machine Music, ranked No. 9, making its first appearance in the rankings since the fourth quarter 2014; and Black River Entertainment was No. 10 with 1.18 percent. It has been in the Top 10 rankings in four of the last six quarters. 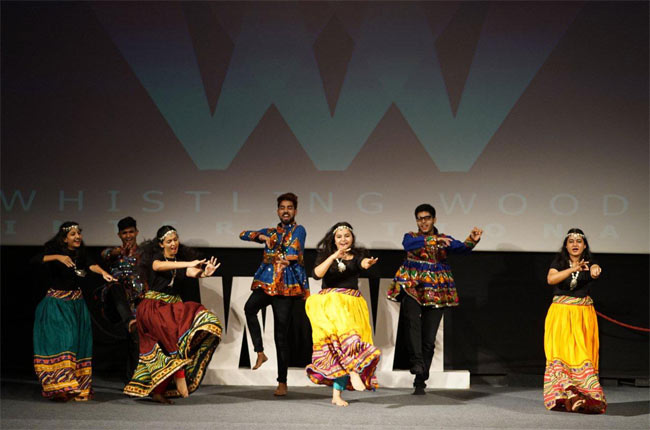