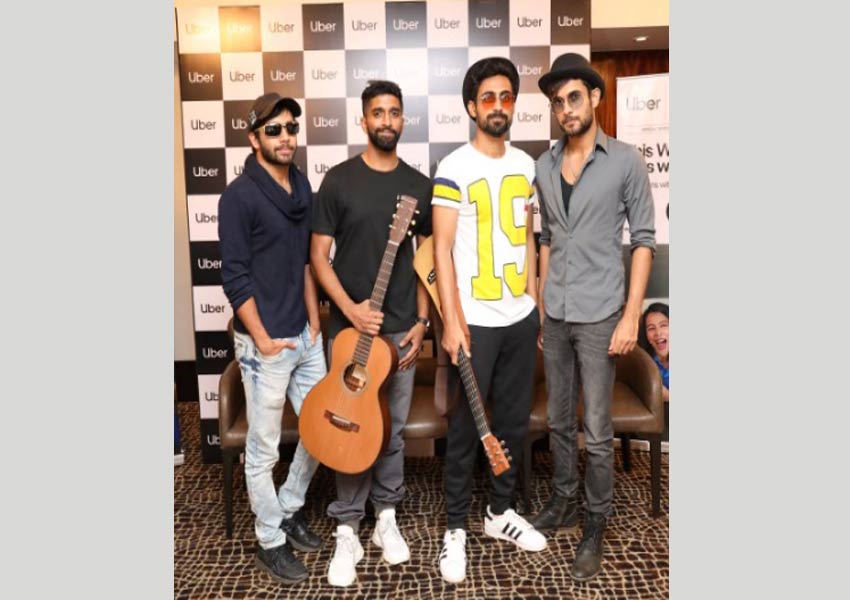 Uber has released Way-O, Way-O, a song to energize fans at one of the world’s most anticipated sports tournaments – the ICC Men’s Cricket World Cup, 2019.

The song will be played on stadium screens during game breaks through the tournament.

Sport and music have always evoked strong emotions and helped foster a global spirit of unity and togetherness. Uber’s Way-O Way-O ignites these passions to celebrate the Cricket World Cup and also gives fans something to cheer along their favorite teams.

Uber’s Chief International Business Officer, Brooks Entwistle said, “Uber is committed to moving people forward and providing them their favorite foods to share with family and friends at the touch of a button. In line with this vision of removing barriers, our first ever cricket anthem celebrates cricket’s spirit of togetherness. Music transcends geographical barriers and will give fans a powerful voice to express love for their favorite team and players.”

Commenting on the experience of collaborating with ICC, Uber and other like-minded global artists, Sanam said, “First of all we want to thank Mikey McCleary for trusting us with the song. It was a fun experience recording the song with him. We are thrilled that Uber has given us an opportunity to collaborate with so many talented and creative artists from around the world. Having grown up in a cricket loving nation like India, creating this signature song has been a labor of love for us and we’re confident that fans across the globe will connect to the anthem and thrive in the spirit of its cultural harmony.”

Excited about the launch, Simba Diallo from New Zealand said, “The journey of creating this musical cheer that fosters solidarity and togetherness with such talented composers and singers from around the world has been great fun. I believe the anthem will truly bring all cricketing nations closer together to cheer on and spread the joy of the game!”

Khayelitsha United Mambazo from South Africa said, “It is a great honour for us to represent the African voice and nations in this song which we know is going to become an earworm anthem across cricket playing nations and beyond!  It has been an incredible experience to collaborate with talented singers and composers who’ve made the song come alive so beautifully, and we are excited to hear it and see it come alive during the championships.  Thanks Uber, We’re on Our Way-O!’’

Catherine Taylor Dawson from UK said, “Cricket is a much-loved sport in England with the World Cup being one of its most awaited sporting events. I’m delighted to be a part of this exciting project to co-create this signature anthem with singers across the world. It’s a wonderful positive message I’m sure it will resonate globally.”

International Reggae artist Jahmiel from Jamaica said, “It’s an honour to be associated with so many talented international artists from cricket loving nations to create this first ever anthem. As someone who loves to see unity between different nationalities during cricket, the World Cup always brings fond memories and it is a great feeling to know that I am a part of a project, which will have such a great impact on cricket fans all over the world. I do hope, like cricket, this anthem helps fans connect and bond together to cheer on their favorite sport”.

Snapchat and JioSaavn Partner to Enable Connection
MediaInfoline May 29