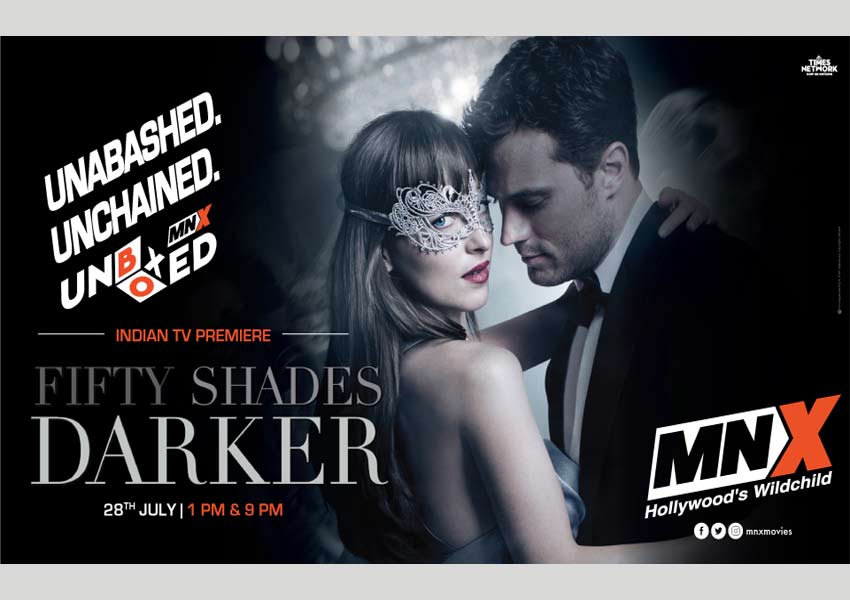 MNX is all set to bring to its viewers the Indian Television Premiere of American romantic drama, ‘50 Shades Darker’ on July 28, 2019 at 1pm & 9pm on the channel. With its distinct content library, MNX resonates with the youth through its stylish, edgy, fast-paced, new-age and premium content, offering its viewers an immersive movie viewing experience with the best of Hollywood film franchises and smash hits.

Directed by James Foley, based on E. L. James’s 2012 novel of the same name, ‘50 Shades Darker’ is the second film in the Fifty Shades film trilogy that dives deeper into Anastasia Steele (Dakota Johnson) and Christian Grey’s (Jamie Dornan) world. The grittier and more sensual version picks up from its prequel, takeing us through the whirlwind relationship of Christian Grey and Anastasia Steele. When a wounded Christian Grey (Jamie Dornan) tries to entice a cautious Anastasia Steele (Dakota Johnson) back into his life, she demands a new arrangement before she will give him another chance. As the two begin to build trust and find stability, shadowy figures from Christian’s past start to circle them, determined to destroy their hopes for a future together. The story unfolds to keep one on the edge of their seat, wondering what will happen next.