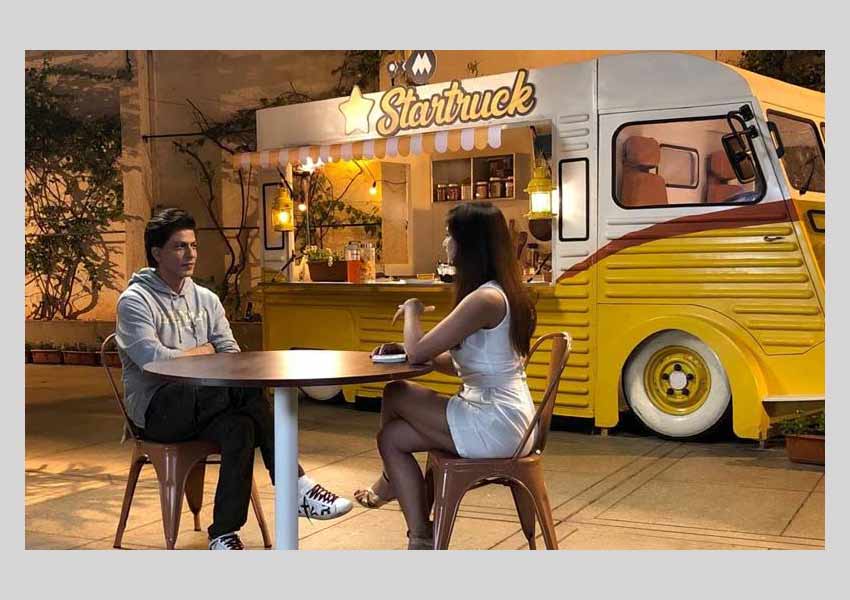 9XM brings 9XM Startruck, the show will feature the biggest stars of Hindi film industry in conversation with MasterChef Shipra Khanna. The first episode of the show features the Badshah of Bollywood Shah Rukh Khan who will share some never-head-before stories of his life centred around food with show host Shipra Khanna. 9XM Startruck- the Shah Rukh Khan episode will be aired at 11 am, Friday 21st December 2018 on 9XM and at 12 noon on 9X Jalwa.

9XM Startruck will take the stars on a food journey with the stars talking about their favourite food and memories around it. The show will also test the food quotient of the stars with interesting fun and games. MasterChef and show host Shipra Khanna will step inside her supercool foodtruck to serve-up some amazing delicacies with her unique twist.

Speaking about the show Amar Tidke, Chief Programming Officer 9X Media said “We at 9XM have always broken away from the clutter through our innovative content. Our research and the feedback we receive from our viewers through our engagements across the social platforms reveal that besides clubbing/partying, the youth bond over food in a big way. They are either meeting their friends at night clubs or making plans around a delicious eat-out. Hence we thought of combining food with Bollywood and creating this scrumptious show.”

The first episode of 9XM Startruck features Shah Rukh Khan who shares details about his favourite food, his childhood memories related to food and also talks about his latest film Zero.

Commenting on 9XM Startruck, show host and celebrity Master Chef Shipra Khanna said “My new show 9XM Startruck has a unique format, it beautifully combines Food and Bollywood, where I’m creating the favourite dish of the celebs along with fun and games My first guest on the 9XM Startruck is Shah Rukh Khan. Well I must say that the Badshah of Bollywood relishes the Bauua burritos as one of his favourite dish.”

9XM Startruck will be promoted on air on 9XM, 9X Jalwa and across their social media platforms. The show will be aired simultaneously on 9XM and 9X Jalwa this Friday, 21st December at 11am and 12 noon respectively.

Catch the Shah Rukh Khan episode of 9XM Startruck only on 9XM and 9X Jalwa.