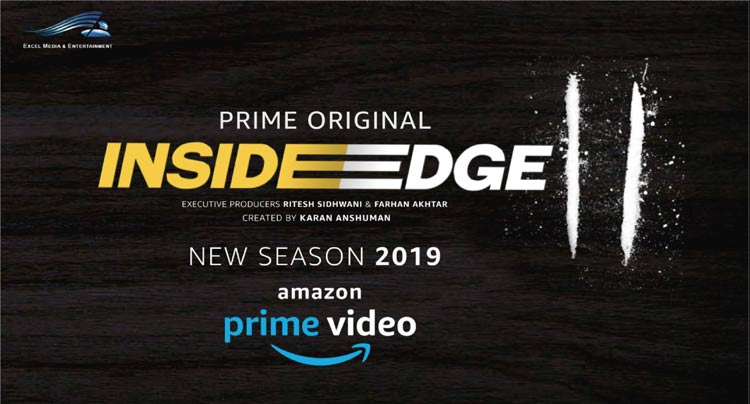 After bowling fans over with a phenomenal first season, Amazon Prime Video announced the second season of its Amazon Prime Original, Inside Edge. Created by Karan Anshuman, Season 1 showcased a pacy tale that captured the world of cricket and entertainment.  The show received rave reviews, winning praise and accolades, including four wins at Indian Television Academy Awards 2017. Inside Edge remains one of the top most watched shows on Amazon Prime Video in India and is available to stream now exclusively for Prime members worldwide. The second season of Inside Edge marks another Original show creation between Amazon Prime Video and Excel Media & Entertainment after Inside Edge Season 1 (released) and the upcoming Mirzapur and Made in Heaven (with Tiger Baby Productions).

Vijay Subramaniam, Director, Content, Amazon Prime Video India, said, “We are thrilled to announce an all-new season of Amazon’s first Indian Prime Original, Inside Edge. The first season of Inside Edge received a tremendously positive response. We are happy to work with Excel Media & Entertainment again on Inside Edge Season 2.”

Farhan Akhtar, Excel Media & Entertainment, said, “We are both excited and proud to officially confirm the second season of Amazon Original Inside Edge. Further details to follow soon!”

The first season of Inside Edge ended with many cliffhangers leaving viewers guessing on the fate of many characters. Several questions were raised by the end of the season as it had viewers at the edge of their seats till the final episode: Does Vikrant survive the final blow? Will Arvind Vashisth leave Mumbai Mavericks to join Handa’s team? What happens to Prashanth Kanaujia after he fires the lethal gunshot? And the biggest question of them all – Who is Bhaisahab? The second season of the gripping series will serve as an answer to these and many more unanswered questions for fans across the world.

A promotional video for Inside Edge season 2 announcement, re-caps all these critical questions that left viewers asking for more. Watch it :- here

When it launched on July 10, Inside Edge Season 1 fast became one of the top watched titles on Amazon Prime Video, catching the imagination of a cricket and entertainment loving nation. The new series received an overall rating of 8.3 on IMDb. The series attracted viewers across the length and breadth of the country, with customers from Jammu to Ernakulum to Port Blair streaming the show!