&flix brings the premiere of ‘Slamma Jamma’ on 28th October 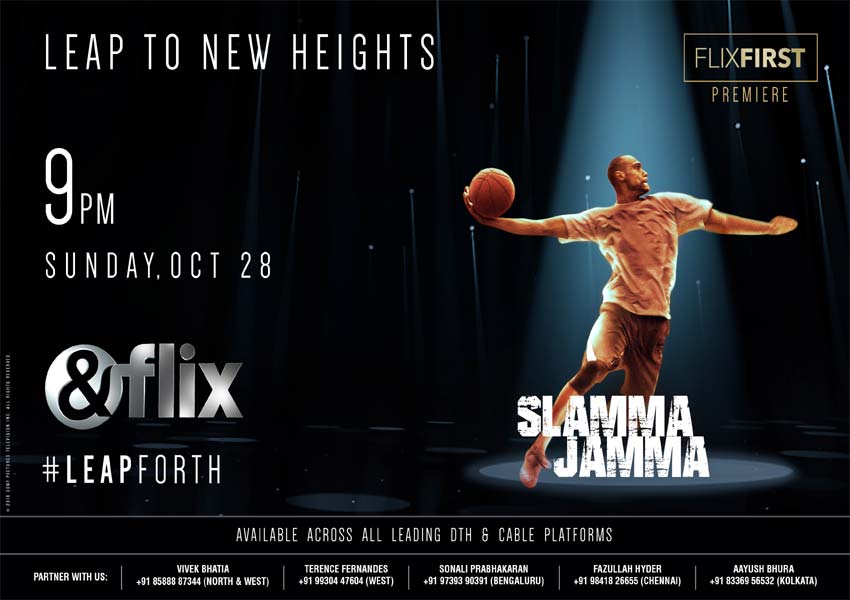 Often, hanging onto faith and courage is a significant way to rise from the ashes of youthful mistakes. However, not everyone is fortunate enough to get a chance to reconcile their regrets. Michael Diggs (played by Chris Staples), a well-known basketball star also has a similar story where life gives him a second chance. &flix is set to premiere its next Flix First Premiere – Slamma Jamma this Sunday, October 28 at 9PM. Directed and written by Timothy Chey, the sports-drama depicting passion and determination features Chris Staples in the lead role, who was also a professional basketball dunk champion and real-life sports commentator Michael Irvin, plays the supporting role of Terrell, the sleazy sports agent.

Michael Diggs, freshly released from prison, returns to his former home only to find his loving mother deeply in debt and his younger brother submerged in a life of crime. Being an ex-felon, the struggle to find a job seems impossible at the beginning however he starts looking at life with a new perspective. Regardless of his desperation signaled by eating moldy bread discarded by the store where he works, Michael still doesn’t lose his love for basketball and continues to play. Call it an intervention of the universe or simply pure luck, Michael comes across a local slam dunk competition which seems to have the potential to help him escape from his current state of despair. Will he succeed?

Leap to new heights with the Flix First Premiere of ‘Slamma Jamma’ on Sunday, October 28 at 9 PM.