Fans travel a distance to meet Nia Sharma on the sets of Jamai Raja 2.0 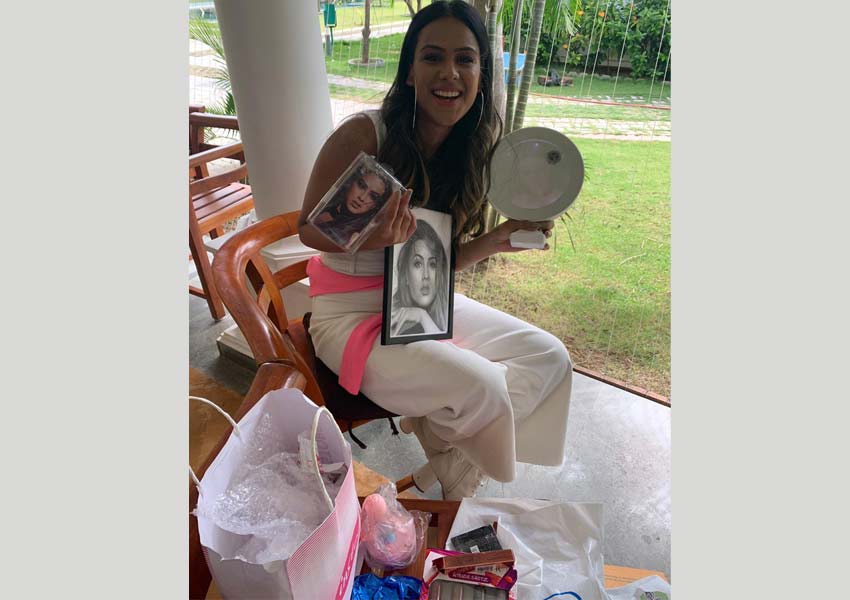 Nia Sharma, Ravi Dubey and Achint Kaur are currently shooting in Puducherry for Jamai Raja 2.0 which is the digital spin off of the popular show Jamai Raja which aired from 2014 to 2017 on Zee TV. Jamai Raja was loved by audience and was avidly followed by viewers across India.

The news of the duo Ravi and Nia returning onscreen together has created a lot of excitement amongst fans and they have been actively reaching out to them on social media. They have also been catching their updates and many of them have been reaching on the sets of Jamai Raja 2.0 in Puducherry where is currently being shot.

A lot of  fans came all the way from Chennai to meet Nia and got her some gifts, friendship bands and a pre-birthday cake (September).

Nia was touched with their gesture and spent some time with them. They tied her a friendship band, congratulated her on Jamai Raja completing 5 years and also asked her about her birthday plans (September) would be. Fans clicked pictures and Nia even posted these on her social media.

Jamai Raja 2.0 is a fast-paced and edgy web show. It is a romantic thriller releasing on 10th September exclusively on ZEE5.