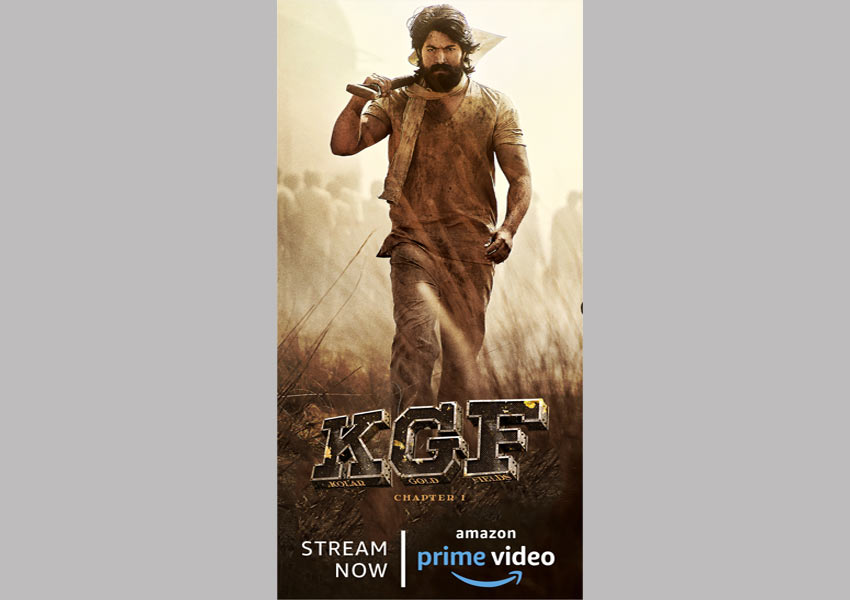 The wait is finally over! K.G.F.: Chapter 1 – the highest grossing Kannada blockbuster is now live on Amazon Prime Video. Prime members across 200 countries and territories can catch the highly acclaimed period drama shortly after its successful theatrical release. The film will be available in Kannada, Tamil, Telugu and Malayalam exclusively on Amazon Prime Video.

Set in the early 80s, K.G.F.: Chapter 1 revolves around a battle against oppressors in Kolar Gold Fields, led by a man who undertakes a dangerous path to fulfil his dying mother’s wishes of seeing him rich, powerful and prosperous. Directed and Written by Prashanth Neel, the film stars superstar Yash in the lead along with Srinidhi Shetty and Ramachandra Raju.

Tags:
Previous Article
ZEE’s Multi-Avatar Multi-Regional Campaign highlights Diversity in the United Indian Family
Next Article
COLORS gets together women police of Mumbai to celebrate the spirit of bravery