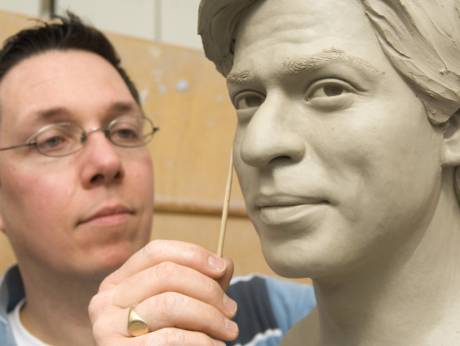 Madame Tussauds Delhi announced, the figure of the “Badshah of Bollywood”, Shah Rukh Khan, who will be joining the 23rd Madame Tussauds in Delhi. This would be the second figure of SRK to be displayed in his signature pose as the King of Bollywood, besides other iconic celebrities, in a special interactive zone. The first figure which was created after sitting was launched in London in 2007 with subsequent recast of it being featured in other attractions globally. Having a second sculpted figure truly marks his ultimate popularity and love of his fans for him especially towards the famous signature pose, which is a classic romantic pose in the Indian film industry.

Shah Rukh Khan is an extraordinary Indian film actor, producer and television personality and a well-regarded businessman; he has recently been honoured at the World Economic Forum for his exemplary commitment in improving the state of the world. Including this, he has been honoured with a Padma Shree award and has achieved numerous national and international accolades, including 14 Filmfare awards. In honour of his accomplishments and given his status as a world class megastar, the second figure has been created to entertain Indian audiences and visitors with a classic appeal that differentiates it from the first figure created at Madame Tussauds attractions globally.

Speaking on the unveiling of SRK’s second figure, Mr. Anshul Jain, General Manager, and Director, Merlin Entertainments India Pvt. Ltd. said, “Given his massive fan following across the globe, and because he is a popular celebrity and loved by everyone; it was a prestigious choice for us to bring Shah Rukh Khan’s figure to Madame Tussauds Delhi. The exciting part of this announcement is that this is his second figure being created specially keeping the Indian fan family/audience/visitors in mind. I truly foresee an exhilarating presence of fans from the world. This is one of the most awaited announcements for his fans, and it will give them an opportunity to have an up-close and personalised photo opportunity. The figure will also enable fans to spend as much time with their favourite megastar without having to travel to Mumbai or to any other part of the world”.