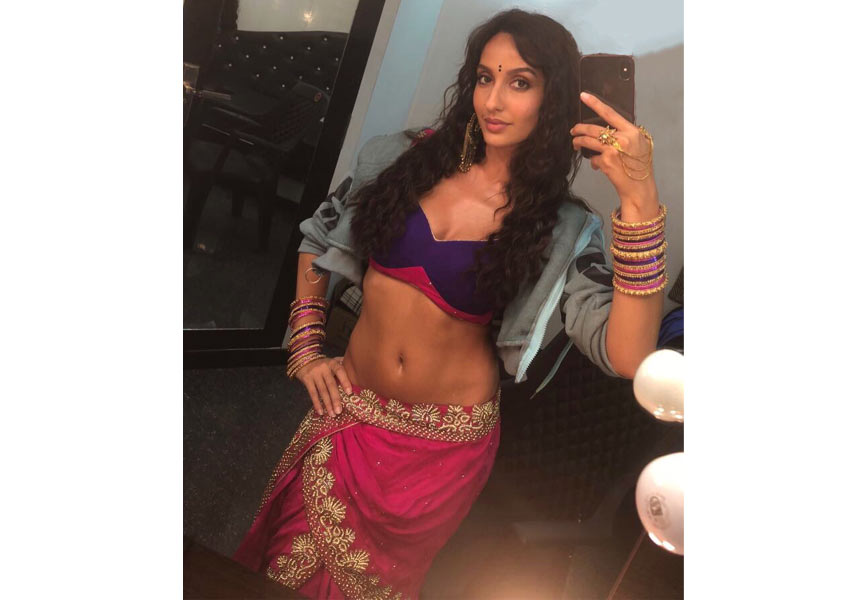 Nora Fatehi, who is riding high on the success of the recreated version of Dilbar, is all set to return to the screens with a special dance number in the Rajkummar Rao and Shraddha Kapoor starring horror comedy, Stree.

Titled Kamariya, the peppy number is said to enhance the rustic touch to the film. Starring Rajkummar, Aparshakti Khurranna and Abhishek Banerjee with Nora in the song, it is going to be poles apart from Nora’s otherwise gorgeous avatar. The actress, who has a very rural style in the song, will be seen in a rustic look for the first time. “When I was told that the girl I play in the song “Kamariya” will be from Bhopal and very rural but with spunk, I was up for the challenge and felt really ecstatic that I was donning an entirely new look. People have not seen me in a rustic earthy look and I feel the entire team has done an amazing job keeping the makeup to a minimal and opting for a messy hair look. I feel I must have been a village girl in my past life with a bit of a feisty confident attitude because it felt happy in my get up and in the environment. When we were on set shooting it all just came to me and I went into the skin of the character through dance and expression. I hope I’ve done justice and I hope people will like the new look. It will be something different for my fans and the audience,” Nora said of her latest garb.

When asked about the song and working on the film, she added, “Kamariya is a wonderfully composed song. The concept for the video is so fresh and it’s unlike anything I have done before. The costumes are so quirky; I am wearing a sari which has been tied around my waist with sneakers and a sweater. My hair is messy. The whole song has this rustic visual. Plus, I had a blast shooting for it with Rajkummar, Aparshakti and Abhishek. I am really excited for the audience to see the song!”

Nora is all set to star in, Bharat, starring Salman Khan and Katrina Kaif in the lead, along with Sunil Grover. The Moroccan – Canadian actress will be playing a Latina and will be joining the shoot in Malta.