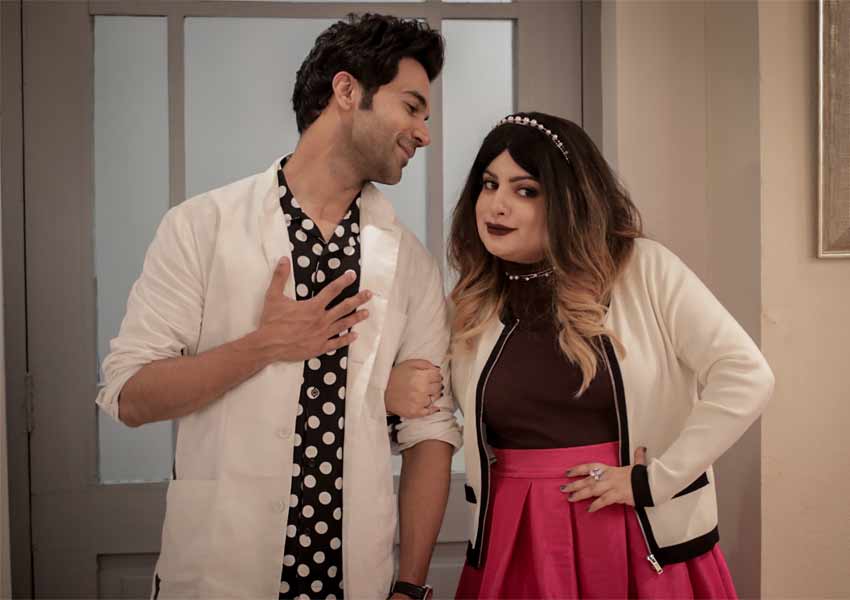 In a very short time, National award winner Rajkummar Rao has created a niche for himself. Not many know that the talented actor who has worked his way into the industry was a bully-boy in school. Yes, the actor revealed unknown secrets about his life on TLC’s entertaining series Midnight Misadventures with Mallika Dua. Catch the most entertaining episode with Rajkummar Rao on 1st October at 20:00 hrs only on TLC.

Speaking to Mallika Dua during the show, Rajkummar Rao, said, “I have been a bully-boy and used to get involved in a lot of fights in my school at Gurgaon. But in 11th standard the moment I realized that I wanted to become an actor, I decided not to get tangled in any unnecessary fights. I needed to save my face and look presentable.”

Speaking about Rajkummar Rao, Mallika Dua, said, “The amount of talent and humility that Rajkummar has is really unparalleled – gives 100 percent to every project he does. It’s not just about any big Bollywood film even for our show when he was required just for an episode, he went the extra mile to give the best shot required. There is not an iota of ego in him – this is such a welcome relief in today’s world. He was extremely appreciative of my work, very encouraging. I think he is incredible and most sorted celebrity. There is nobody like Rajkummar Rao at this point in Bollywood.”

In each episode of Midnight Misadventures with Mallika Dua, Shalishka (Mallika) and one of her close friends will began their adventure armed with whatever they muster from the fridge. She’s a kind of ‘food heiress’ as her culinary arts has been running in her family for generations. Shalishka will develop new recipes; mixing never before mixed ingredients followed by cooking; gossip, healthy conversations and a good face stuffing session over comfort food.

Watch national award winner Rajkummar Rao as a guest on Midnight Misadventures with Mallika Dua on 1st October at 8 PM on TLC and its official YouTube page RISE BY TLC.