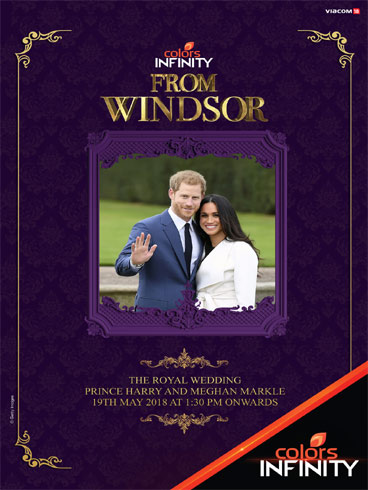 COLORS INFINITY invites you to be a part of the celebrations and witness The Royal Wedding of Prince Harry and Meghan Markle, as the beloved couple exchange vows and say, “I Do”. With only a few days to go for the most highly anticipated wedding of the season, COLORS INFINITY brings to you the matrimonial ceremony as it happens at St. George’s Chapel in Windsor Castle on Saturday, May 19 at 1:30pm (IST).

After the future King William married his sweetheart from university Kate Middleton in a magnificent ceremony, the world waited with bated breath for the younger sibling Prince Harry to find his way to the altar. But the charming Prince, known for his shy smile and affable persona, hadn’t found his soulmate, until he came across and got instantaneously smitten by the talented and independent American Actress Meghan Markle. Popularly known for her role as ‘Rachel Zane’ in the superhit television series ‘Suits’, Meghan’s charm goes beyond her beauty, with her humanitarian and philanthropic endeavors across the world flooring the Prince, who’s fifth in line to the British throne. What followed was a whirlwind romance that mesmerized the world, leading to this blessed day.

With all of Britain and the rest of the world keenly glued to their television screens and mobile devices for updates from the wedding, COLORS INFINITY opens the doors of Windsor Castle to Indian viewers, giving a glimpse of the spectacle as the couple walk down the aisle. Attending the Royal Wedding will be the who’s who of Europe’s elite, bureaucrats, film personalities, celebrities and renowned sportspersons.

Commenting on this special telecast, Hashim D’Souza – Head of Programming, English Entertainment, Viacom18, said, “There is growing interest from viewers and an upward trend of conversations on the customs and celebrations of celebrity weddings in India. The Royal Wedding is the most awaited event of the year, with people across the world including India setting their sights on the big day of Prince Harry and Megan Markle. The telecast of the Royal Wedding direct from Windsor Castle is a unique programming opportunity for COLORS INFINITY. We take pride in being able to offer an array of coveted content by showcasing the event to our viewers in India.”

Come, be part of the royal fairytale as Prince Harry and Meghan Markle promise each other a ‘Happily Ever After’.

Tune-in to the direct telecast from Windsor Castle on Saturday, May 19 at 1:30pm (IST) on COLORS INFINITY. 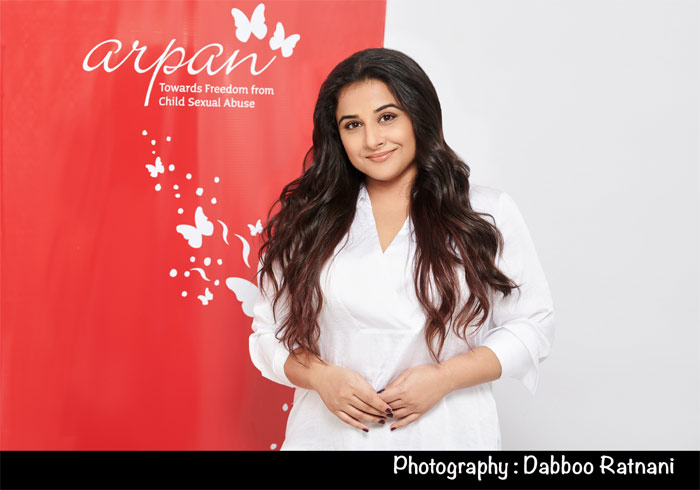 Vidya Balan joins Arpan as their Goodwill Ambassador
MediaInfoline May 17