Slapstick is back in India with Eena Meena Deeka 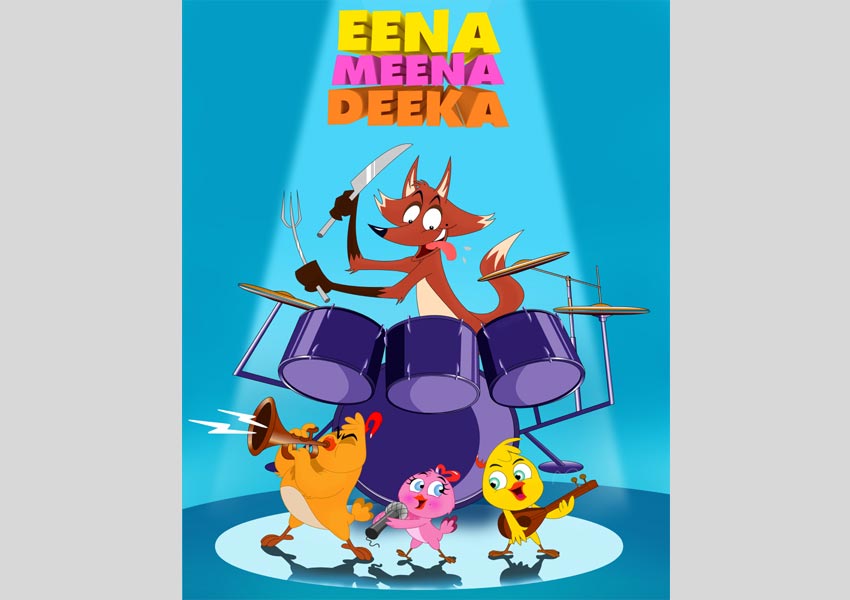 Cosmos-Maya’s non-dialogue slapstick comedy show Eena Meena Deeka was recently launched on the Disney Channel. The ratings coming in have been very encouraging. For the show to do well in a genre which is exciting, inventive, and witty and requires great skill to produce, the creators have a lot to cheer about.

According to recent BARC data, average impressions for the show are significantly higher than those for category toppers like Motu Patlu and Chhota Bheem for the month of December, 2018. There is no other non-dialogue show in the Top 10 in the kids’ animation category for this period.

The show, having been syndicated to more than 100 countries worldwide, is also doing exceedingly well digitally on Cosmos-Maya’s YouTube channels, WowKidz and Wow Toons and has garnered around 300 million views cumulatively owing to the internationally recognized genre it falls into. It is also available for viewing on Netflix.

Eena Meena Deeka essentially tells the story of the constant chase between a cunning hungry fox and three chicks, Eena, Meena and Deeka. The show borrows from the archetypal battle between malevolence and innocence, which was immortalized by the likes of Tom & Jerry and Oggy and the Cockroaches.

Dheeraj Berry, the show’s creator and SVP- Development & Current Projects, Cosmos Maya, himself a Walt Disney fan, feels there may be another reason for the success of Eena Meena Deeka. “The relationship between the characters in Eena Meena Deeka is such that they can’t live without each other. Young viewers vicariously experience sibling bonding in the show”.

Anish Mehta, CEO, Cosmos-Maya adds, “People love to laugh. Slapstick comedy has the ability to engage audiences of all age groups. That perhaps is the reason why Eena Meena Deeka airs in more than 100 countries today. In the Indian sphere, we are in an era where kids can access content on their mobile phones without having to care about high data charges. The time is right for the short format, non-dialogue slapstick comedy to make a comeback.”