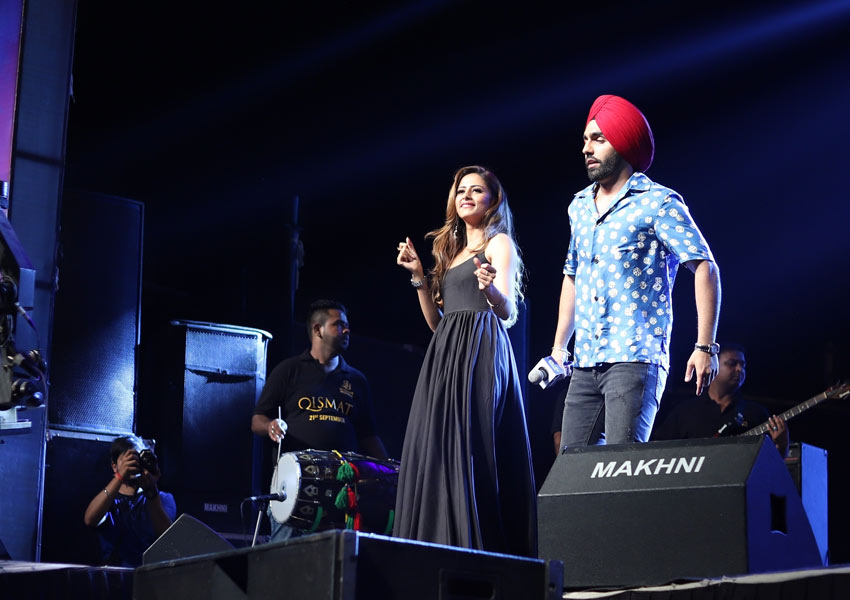 Tashan Nites, the on-ground and on-air property of India’s number No.1 Punjabi music channel 9X Tashan, was a huge success. Held at Chandigarh University, this mega musical concert was attended by over 15000 people on Monday, 17th September 2018. Live performances by acclaimed singers such as Meet Kaur, Gurnazar, The Lander, Gurnam Bhullar, B Praak, Ammy Virk, and Sargun Mehta (Qismat Movie Starcast) kept the audience entertained.
Commenting on the initiative, Himanshu Gupta, Programming Head, 9X Tashan, said: “Monday was turned into a Fun & Party Day, thanks to Tashan Nites! The foot tapping music and livewire performances by Meet Kaur, Gurnazar, The Lander, Gurnam Bhullar, B Praak, Ammy Virk, and Sargun Mehta ensured that the event was a huge success. On behalf of 9X Tashan, I would like to express my gratitude to all our partners and the audience who turned up in large numbers to make Tashan Nites a roaring success.”
Held across North India on a regular basis, Tashan Nites are also aired on 9X Tashan for viewers who are unable to attend the on-ground event. Tashan Nites have been an apt platform for budding singers and music composers to showcase their talent. Many established singers from Punjab who have also made a name in Bollywood, have started their musical journey with Tashan Nites and 9X Tashan.
Over the years, Tashan Nites have become the most happening event wherein the best of Punjabi singers and performers connect with their fans. Even Bollywood celebrities such as Kangana Ranauat, Dharmendra, Sunny Deol, Akshay Kumar, Jimmy Shegill, Sonakshi Sinha, Sunny Leone, etc. have been a part of Tashan Nites, to promote their movies.
The recently concluded Tashan Nites was powered by Roopmantra and had Mahindra Novo as the Dumdaar Partner. Punjab’s leading Hindi newspaper Dainik Bhaskar was the Associate Partner for Tashan Nites.
The 4 hour-long Tashan Nites event will be packaged into a special 1 hour episode capturing the highlights of the evening. The special 1 hour episode will be telecast on 9X Tashan on 29th Sept at 7:30pm with repeat telecast on 30th Sept at 7pm and on 1st Oct at 8pm.