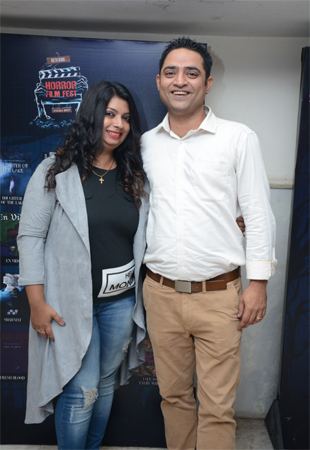 The first edition of The Sixth Sense Horror Film Festival 2017 organised by Resources Go Beyond  ended on a high note  at YB Chavan, Mumbai.

The festival received thousands of entries from across the globe; Out of which 60 best short films were screened in the competition section. The highlight of the festival was the screening of the Marathi movie, “Found Footage” and screening of Dead Awake by Jeffrey Reddick who was himself  in India to present the movie at the festival..

Speaking at the festival, Ritu Waghela, Vice President of The Sixth Sense Horror Film Festival, said, “We are overwhelmed with the response that we have received from the globe in the first year itself. Horror is a very niche genre and am glad lovers of horror movies attended the festival. A special thank you to Jeffrey for gracing the occasion. This really encourages us to do better next year.”

Speaking on the success of The Sixth Sense Horror Film Festival, Farhad Katgara, co-founder of the festival, said, “The Sixth Sense Horror Film Festival has been a brilliant journey. I would like to thank everyone especially our participants and Jeffery for the amazing response and support. A big congratulations to our winners and we promise to be back next year in a bigger and better format.”