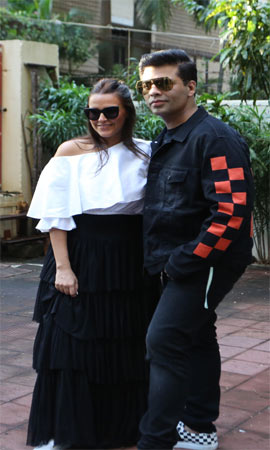 Karan Johar on getting out of the closet

Dear closet, I left you a while ago

The vaastu of parties according to Karan

Square rooms always lend themselves to better parties, so never divide a party. Everything should happen in a square room. I believe in the theory of a square room party. Party vaastu has to be square. Let everyone be in everyone’s face, that’s the only way parties work.

I entered the lounge with my Louis Vuitton trolley and my big glasses thinking that I was the king of the word. I always feel if you don’t want to be stopped at gates and all, you should always look raees.  I went and sat in the lounge and I looked opposite me and there was Woody Allen sitting right opposite me reading a newspaper. Then I pretended like kyu dekhu? Woh Woody Allen hai toh main bhi Karan Johar hu. I had two minutes of attitude which died. And I was like I have to go get a signed autograph for Niranjan, it was some milestone birthday of his I remember. So I mustered up my courage, I took that little British Airways pad, there was a pen and I walked up and he was reading the newspaper and he looked at me and I was like, Good Afternoon, and actually it was morning and I said I’m a filmmaker from India and of course, a huge fan of your work and as a community back home we adore and admire all your films. I said I have a writer friend who is completely and entirely obsessed with your filmography and he turns 40 tomorrow and it would be an absolute honour, sir,, if you could sign to him. After this long speech, he looks at me and says no!  He said no and he went back to his newspaper! And I stood there and I was so embarrassed, I decided to stage a walk out from that lounge and I walked out. For what reason I don’t know because it’s not like it was Woody Allen’s lounge, it was the British Airways lounge and after walking many steps in deep embarrassment I realised that I had left my bag inside. So then with new, renewed, tempted vigour, I re-entered the lounge, picked up my Louis Vuitton, gave him a dirty look, which he didn’t look at and I walked out again.

10 years into Kuch uch Hota Hai, I was walking down the street at Oxford Street and I had this couple, Indian couple look at me and I was like quite famous in my head by then and their cameras came out and I had to rush to the hotel to catch a flight with these bags in my hand. They had these cameras and I was like God, they’re going to stop me and they want photographs. I walked there and I said quickly, quickly. So they then gave me the camera and posed! So I clicked that photograph, waited two seconds that you know I’m Karan Johar, I’m sure you want my photograph. No! They were so happy looking at their own photograph.

I really have nothing to say. I really don’t want to say anything on this topic because it’s over said, overdone, over abused as a term and I think there are so many more important aspects in life and issues to really address and really do we have to keep focussing on the same thing again and again? I understand the philosophy and of course it exists. Who is saying it doesn’t? It exists in several professions as it does in ours. It’s an age old phenomena that is not going anywhere. And it’s going to happen. If you have a problem with it, apologies, if you accept it, welcome to the club. It’s as simple as that.

Nobu Johar is a French bulldog I brought into my life a year ago. He came, he saw and he conquered. And by conquered I mean he started biting short people. He has a thing, he doesn’t like short people. So there were three casualties as a result of that – Shakun Batra, Tarun Mansukhani and Len. They have war wounds to show you.

Check out  “Karan Johar Kills It” from #NoFilterNeha – Season 2 on Saavn. – saa.vn/nfnkaran 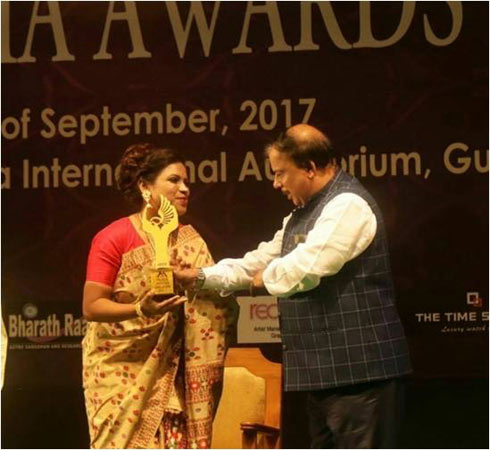