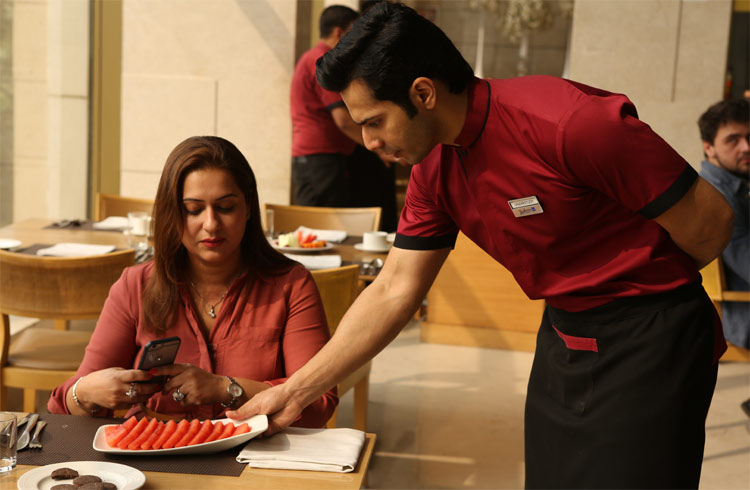 Youth icon Varun Dhawan is all set to take over a five star hotel, Holiday Inn, in Mumbai organising a special October Feast along with Shoojit Sircar and Banita Sandhu for media flown from across the country!
Both Varun Dhawan and Banita Sandhu will be seen playing the role of a hotel management student in the film where they have been through an on- location training for the same.
Unlike any such activity done before, the duo along with Shoojit Sircar would be giving a special tour around the hotel showcasing the not so luxurious life of the employee and their struggles. They would also be taking their guests back to the wonderful journey of their shooting days. The makers have planned special interaction with the media involving the hotel employees, and this is something unique never been showcased before!
Varun Banita and Shoojit would be hosting a grand lunch wherein the October team will be utilizing their skills learnt from their shooting days and serve the guests personally!
This is for the first time a film is trying to give first hand experience to the media and audiences into the life of the character which will be shown in the life.
Tags:
Previous Article
Richa Chadha talks about her character Paro in Sudhir Mishra’s Daas Dev
Next Article
93.5 Red FM grabs ACEF 2018 Awards for Best use of Celebrity Endorsement