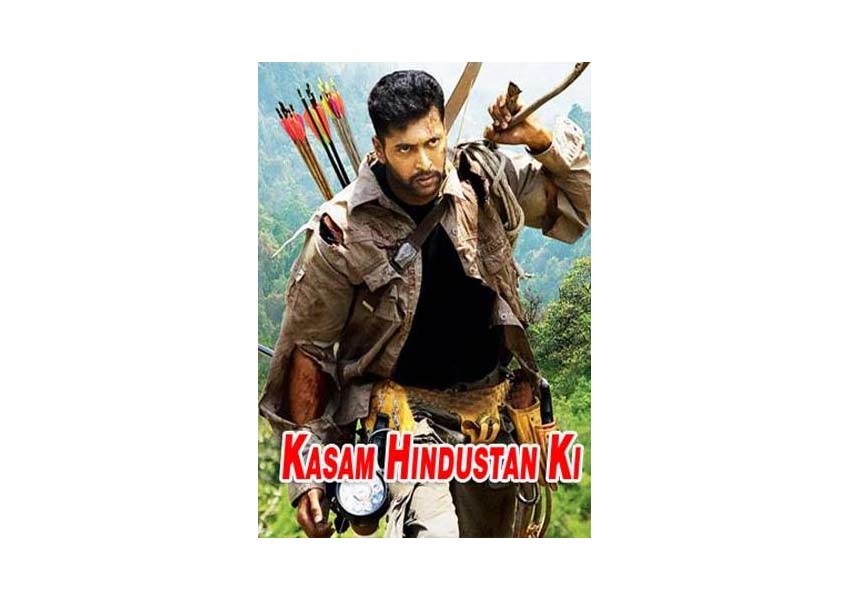 Based on Stanislav Rostotsky’s 1972 Soviet film, “A zori zdes tikhie” (The Dawns Here Are Quiet), Kasam Hindustan Ki revolves around a tribal forest guard who works for the welfare of his tribe and educates them. Co-written and directed by S. P. Jananathan, the movie stars Jayam Ravi and Roland Kickinger in lead roles. Famously known for its action, humour, punch dialogues and loads of heroism Zee Action – India’s one-stop destination for action movies on is set to telecast Kasam Hindustan Ki on Friday, 3rd August at 8pm.

The movie revolves around Dhuruvan (Jayam Ravi), who knows everything and anything about the forest. Due to his expertise, he takes a group of girls trekking to the jungle who mistreat him due to his caste. His superior Ganapathiram (Ponvannan), a forest ranger, often ridicules him and insults him referring to his community. Once Dhuruvan along with girls enter forest, everything changes. They get stuck inside the jungle and come across a group of foreign ultras who come to hamper India’s mission to launch a satellite in the orbit. The terrorists led by Anderson (Roland Kickinger) plans to take a strategic location in the forest and strike the satellite with a missile. With the intention of hampering their plans, the group decide to put an end to the activities of the scientists.

Will the group succeed in their mission of stopping the scientists?