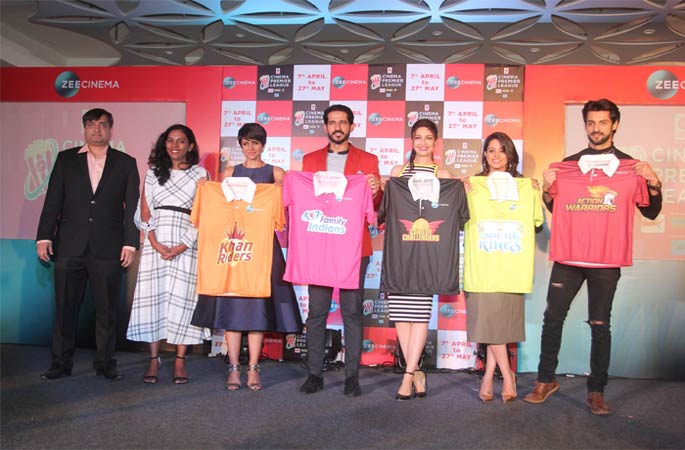 The stage is all set for the biggest entertainment battle! It will be Salman v/s Akshay, Rajinikanth v/s Aamir, Shah Rukh Khan v/s Suriya, Varun v/s Tiger and much more. Promising viewers, a unique mélange of competition, drama and entertainment, Zee Cinema, Home of Blockbusters is all set to enthral its viewers with an interesting line-up of movies this summer under Cinema Premier League – Champion Filmein Har Din. While the entire nation is gripped by the cricket mania, it will be a clash of the titans on the small screen. Starting Saturday, 7th April to Sunday, 27th May, five teams – Khan Riders, Family Indians, South Kings, Comedy Challengers and Action Warriors will battle it out for 50 days lagaataar, catering to every movie aficionado.

Leading from front will be the celebrity supporters of each team; Mandira Bedi cherry-picks to support Khan Riders, while the ideal husband, son, and brother Hiten Tejwani represents the team Family Indians. The graceful and charming Bhabhiji, Saumya Tandon represents Comedy Challengers, South Kings has the beautiful Anita Hassanandani in its corner while the handsome Karan Wahi chooses to support Action Warriors.

Launching this unique league, Prathyusha Agarwal, Chief Marketing Officer, ZEEL, said, “We at ZEE strongly believe that the content our viewers want is king. Cricket and Movies being the two big religions that bring India together, a Cinema Premier League is the natural answer to delight the viewers who will be flocking to their screens this cricket season. So on Zee Cinema, we decided to add some Masti to the Movies and create an epic battle between the various genres of cinema fronted by a celebrity supporter. Changing the meaning of victory and defeat, let the curtains rise for an exceptional game of cinema.

Speaking about the same, Ruchir Tiwari, Business Head, Zee Hindi Movies Cluster said, “Cinema Premier League is a grand extravaganza where cinema’s most popular genres will play the most exciting sport of the country. But of course, it’s cinema with a twist! Their fate of win or loss will be in the hands of their fans and each week we will declare who is in the forefront based on viewership data. With Cinema Premier League, we present to our audiences an array of their favorite movies, on an open field. 5 teams, 50 days of entertainment, 1 winner…let the games begin!

Actor Mandira Bedi fronting the Khan Riders said, “Cinema has always been my first love. I am glad that I got the opportunity to represent the Khan Riders. Having starred in Dilwale Dulhaniya Le Jayenge with Shah Rukh Khan, I know and understand the love for the Khans and you can never underestimate the power of a Khan. Watch the Khan Riders on Zee Cinema and make them win.”

Hiten Tejwani, the face of Family Indians, said, “Snuggling up together on the couch with your little munchkins, an entertaining flick and a giant bowl of popcorn is hands down one of the best ways to enjoy some quality family time. But deciding on a film that everybody wants to watch isn’t easy! My team, Family Indians will showcase some of the best family dramas of Bollywood to ensure nonstop entertainment for your entire family.”

Bhabhiji Ghar Par Hain actor, supporting Comedy Challengers, Saumya Tandon said, “It’s still easy to make people cry but the true challenge lies in making people laugh. Cinema is incomplete without comedy genre. It is one genre that you can enjoy with your entire family. Even a serious subject or message can be put across most effectively through comedy. As a representative of the Comedy Challengers, I am sure we will win the battle by tickling your funny bone.”

South Kings supporter Anita Hassanandani shared, “South Indian movies are popular for their Entertainment, Entertainment and Entertainment. Every time I watch a South dub movie, I can see the efforts of the writers, actors, directors and the whole team. These movies boast of an amazing energy and are a perfect blend of action, romance, drama and humor. I personally love these movies and hence I’m supporting the South Kings in Cinema Premier League.”

The suave Karan Wahi vouching for Action Warriors said, “Despite the often stereotypical notions of Bollywood, it’s not all weddings, saris and running around trees. Indian cinema also boasts of the action movies genre. Amitabh Bachchan became famous as the angry young man after his role in Deewaar. This only goes to show that until an actor fights a villain in a Bollywood movie, he cannot be called a hero. So, support my team Action Warriors and see your heroes fight it out with the baddies.”

So which team are your supporting?

Champion Filmein Har Din in Cinema Premier League kick-starting from 7th April to 27th May only on Zee Cinem. 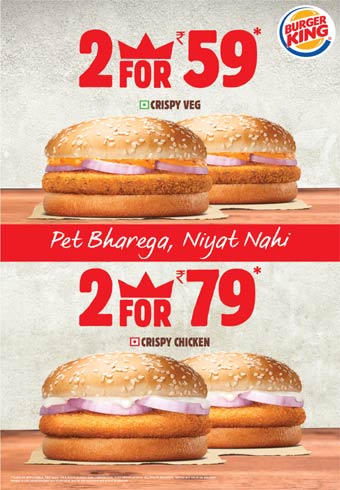