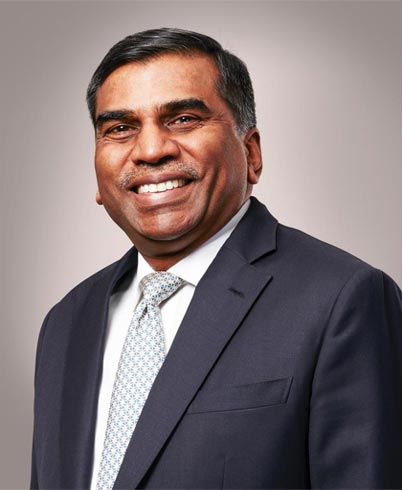 Since November 2009, Murugappan served as the Group’s Vice-Chairman, spearheading technology, innovation and Environment, Health & Safety (EHS) initiatives across the Group. In January 2004, Murugappan took over as Chairman of CUMI, playing a pivotal role in transforming CUMI into an international company. He led the integration of Volzhsky Abrasive Works, Russia (the second largest manufacturer of silicon carbide in the world), with CUMI.  In April 2006, Murugappan was appointed Chairman of Tube Investments of India (TII). At TII, he is very involved, together with the team, in developing a strong engineering-focussed business to address opportunities in the transportation sector as a critical component supplier.  He was appointed as Chairman of Coromandel International Ltd. at the recently concluded board meeting on 31st January 2018.

Murugappan is on the board of several companies outside the Murugappa Group such as Mahindra & Mahindra Ltd. (Mumbai) and Cyient Ltd. (Hyderabad).   He served on the Board of Governors of IIT-Madras, for six years till November 2011 and has enabled many industry-academic partnerships.  He now serves on the board of the IIT-Madras Research Park and provides guidance to many companies incubated there.