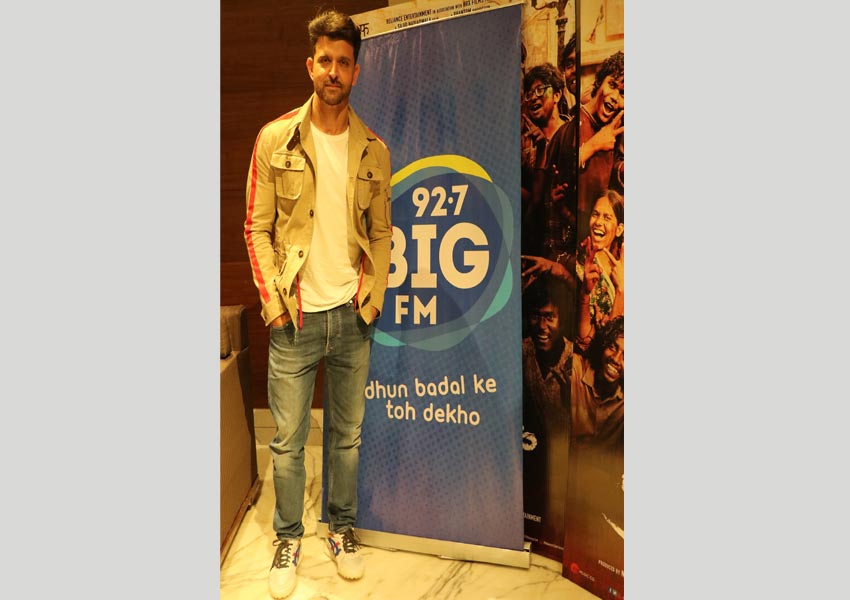 92.7 BIG FM collaborated with Bollywood blockbuster Super 30. The event saw RJ Rani in conversation with actor Hrithik Roshan at the J W Marriot Hotel, where the duo were seen conversing about bringing a positive change in the society.

Hrithik Roshan’s latest super hit movie, Super 30 is based on Professor Anand Kumar who takes it upon himself to free education from the bonds of capitalism. The film is not a fantasy but an inspiring story of a simple teacher in India who gave up everything to educate underprivileged children to crack one of the toughest exams in the world and transform their lives. The brilliant professor leaves his well-paying job as a tutor to teach talented underprivileged children so that they can reach the heights they deserve. The movie focuses on the need to move beyond the requirement of money to make a career for yourself. While Hrithik plays the role of Anand Kumar, he also carries out the message of changing perspectives. With BIG FM’s brand positioning ‘Dhun Badal Ke Toh Dekho’ perfectly sums up Anand Kumar’s ideology of changing the perspective for the betterment of society, it was the perfect coming together of the same ideologies between the radio station and the superstar.

Commenting on the event, a spokesperson from 92.7 BIG FM said, “Super 30 matches our brand ideology of ‘Dhun Badal Ke Toh Dekho’ and thus we wanted to support the movie as best as we could. As a brand, we believe in promoting entertainment with a purpose and Super 30 is the best example of that. Over the years we have also had initiatives that encourage a positive change in society and we’ll continue to strive for the same.”

Ranveer Singh says he is always being himself
MediaInfoline Jul 22