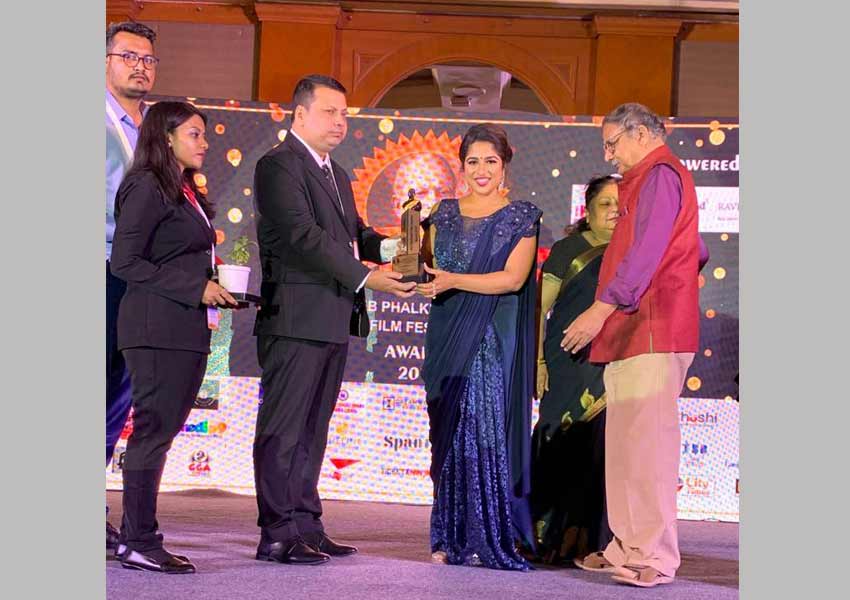 Popularly known as ‘Mumbai ki Raani’, Malishka of 93.5 RED FM, has been awarded ‘RJ of the Year– RED FM’ at the Dadasaheb Phalke International Film Festival.

She became a household name in the city through her Morning Number 1 show. From then till now, her journey has been no short of an adventure. With her distinctive voice and energetic personality, Malishka’s face is everywhere. Be it super fun interactions with celebrities at RED FM, hosting red carpet for award shows and even acting in movies.

The radio jockey became synonymous with her ultimate pothole rap. ‘Mumbai tula BMC var bharaosa nahi kay’ and ‘Geli Geli Mumbai khadyat’ created a furor in the city making Mumbaikars sing in sync. Malishka’s influential voice can single handedly mobilize the masses through various campaigns. Her story stands as an inspiration for all in the country.

Commenting on the big win Nisha Narayanan, COO RED FM said, “We are elated that Malishka has been honored by the prestigious award. Today, the radio industry has RJs who are bold and vocal while voicing their opinion. Each of them has their individual personalities and the audience recognizes them by their face. This award belongs to Malishka and the entire team who has supported her through this journey. She is the personification of a headstrong individual who doesn’t deter during tough situations.”

Excited about the award, RJ Malishka said, “I am over the moon. The Dadasaheb Phalke Award is a huge honour for an artist and I’m proud that they have decided to felicitate my work. I must say that at RED FM, the irreverent attitude and ‘Bajaate Raho’ ethos has facilitated us RJs to speak our minds and encouraged us to be our authentic selves, to which I am very thankful. And of course, just like my radio station, I wish to say a big thankyou to all my Mumbaikars who have shown immense faith in me time and again. Let’s keep the josh high.”