Airbnb, the world’s leading community driven hospitality company, today announced the results of its  Asia Pacific (APAC) Travel survey, which revealed travellers are getting more adventurous with 71% of people surveyed emphasising the importance of trying local cuisines on vacation, and 6 out of 10 travellers keen to try new experiences or activities.

Taking from these insights, Airbnb Asia Pacific under its ‘Kitchens of Asia’ initiative has partnered with renowned chefs in four Asia Pacific markets. Chef Manish Mehrotra of Indian Accent  (India); Chef Tony Yoo (South Korea); Chef Ian Kittichai (Thailand); and Chef Koh Kentetsu (Japan) to encourage travellers to try and prepare authentic Asian dishes and delicacies that capture the flavours of India, Japan, South Korea and Thailand on their next vacation on Airbnb.

The Chefs along with Airbnb hosts in each of the market will share easy recipes which anyone can recreate using ten ingredients or less or in under thirty minutes.

Commenting on the collaboration Chef Manish Mehrotra of Indian Accent, said “Food is one of the most exciting and important parts of travel. As a chef, most of my travel is planned around discovering local food and ingredients that inspire me to create new dishes. The recipes I have curated for Airbnb’s Kitchens of Asia initiative will give people a true taste of the local life, with a hint of their own accent, when travelling. This will give them the chance to experience the joy of buying fresh ingredients from a local store or shop for organic vegetables from a nearby farmer’s market in the neighbourhood. It is also a great way for people to try simple and fun recipes in kitchens across beautiful homes, and to be able to live like a local, anywhere in the world.”

Talking about the Kitchens of Asia Initiative, Siew Kum-Hong, Regional Director, Asia Pacific, Airbnb said, “Our Survey has shown that people across the region, irrespective of age or gender, have a desire to really experience the places that they travel to, not just visit. Food is such an influence on destination decision-making, and is also one of the easiest ways that you can immerse yourself into a local culture or community whether travelling with your family and friends, or alone. For that reason, the Airbnb Kitchens of Asia initiative brings together four of the best Chefs in the region – Chef Manish Mehrotra; Chef Tony Yoo; Chef Ian Kittichai; and Chef Koh Kentetsu – and our community ‘foodie’ hosts who share their culinary ideas. The result is a series of great tasting recipes packed full of the essence of Indian, Korean, Thai and Japanese cuisine for travellers to re-create either on vacation at an Airbnb listing or once they are back home,”

Some key findings of the APAC Survey are:

However, more than 80% of Airbnb listings in APAC have kitchen facilities, allowing travellers the flexibility of preparing their own meals whether they are staying in a treehouse, beach villa, loft apartment or cozy city flat.

Airbnb announces the launch of ‘At Home With Airbnb’ 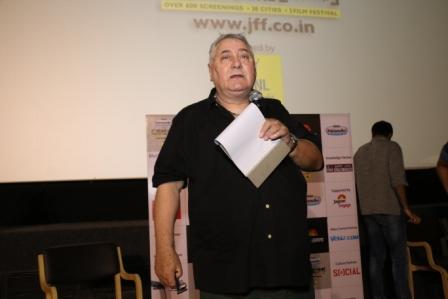