This Summer, Discover the London You Don’t Know with British Airways

After tugging at your heartstrings last year with ‘Fuelled by Love’, British Airways brings you its latest brand campaign ‘Discover the London You Don’t Know’. In the form of a short film, the campaign showcases a versatile London, which, while being immersed in legacy, provides young millennials with its contemporary delights.

Seen through the eyes of a young man from Chennai who discovers his grandfather’s journal, the viewers are taken on a journey in which he relives his grandfather’s time in London, eventually discovering a city he did not know. Blending nostalgia with youthful exuberance, the protagonist savours London from new perspectives.

The three-minute video ‘Discover the London You Don’t Know’ is now live on British Airways’ YouTube channel. It has been directed by critically acclaimed filmmaker, Amit Masurkar who is known for directing Sulemani Keeda and upcoming movie, Newton.

Robert Williams, British Airways’ Head of Sales – Asia Pacific and the Middle East, said: “From culture seekers and sporting fans to shopaholics and foodies, everyone on a holiday is spoilt for choice across London’s unique multicultural offerings. Through this campaign, we would like to encourage our customers to fly to London and make their own London story.”

To help you discover the essence of London this summer, British Airways is offering great value fares for travellers looking to discover and experience London at its enchanting best. Travellers from India to London can now purchase World Traveller Economy tickets starting at an all-inclusive fare of INR 41,510, or get a 20 percent discount when they book World Traveller Plus Premium Economy seats. These fares are available for bookings till 15 May 2017, and are valid on flights from now until 31 December 2017.

“Flying to London has become even more cost effective with the strength of the rupee against the pound. With these great value offers and so much happening in London, this is the best time to visit the city”, Robert added.

The short-film will be promoted on British Airways’ social media channels including, Facebook, Twitter and YouTube and run alongside print, digital, outdoor and social media campaigns.

Celebrate Diwali in the UK with British Airways
MediaInfoline Oct 18

Celebrate Diwali in the UK with British Airways 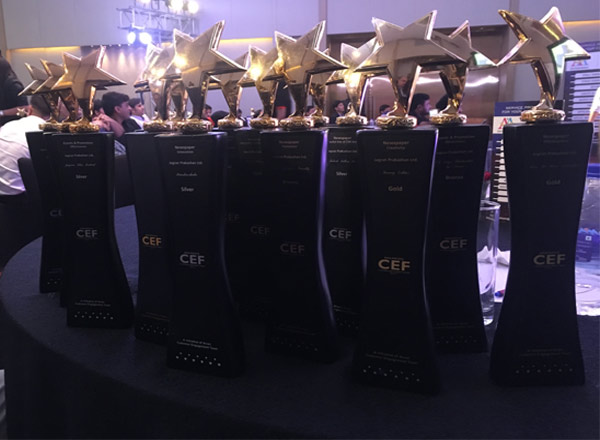