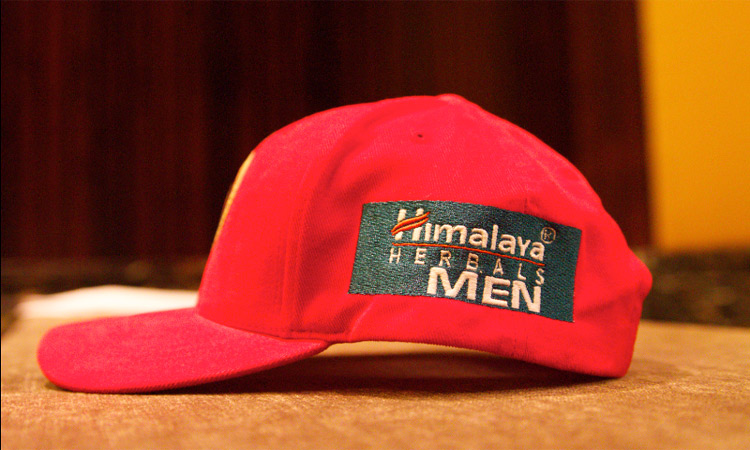 Himalaya Men, the men’s care brand of Himalaya Herbals, one of India’s leading herbal health and personal care company, today revealed itself to be the brand behind the mystery of the “Pimple?” campaign, featuring the star-studded line of cricketers from the Royal Challengers Bangalore IPL team –  ViratKohli, Shane Watson, Stuart Binny and Sarfaraz Khan!

The campaign started with a week-long teaser and concluded today with the big reveal. The 20 -second teaser that went on air last week aimed at creating curiosity around the word ‘Pimple?’ written on RCB caps. It showed Sarfaraz in the RCB locker room looking puzzled and peeved with the word ‘Pimple?’ written on the cap, given to them as part of their new jersey. As he tries to scratch the word from the cap, Shane Watson and Stuart Binny look on amused, and we hear the VO, “Itnaaasannahihai Pimple kohatana”; ViratKohli then peeks in and says, “Itnamushkilbhinahin”.

Commenting on the unique campaign that has been rolled out, Zahid Shaikh, Head of South Operations, Motivator said, “In today’s day and age, branding has evolved to become more than just mere flashing of a logo. Moreover, audiences are increasingly connecting with brands on a conceptual level, rather than just plainly on a logo level, as the case has been traditionally. We are thrilled to see that the campaign has received an overwhelming response, ranking up 1.135 million views in just one single day on YouTube. It is further performing well on twitter’s trending charts, after creating a series of conversations on social media.”

“Pimple prevention is a space Himalaya owns in the face wash segment and we had to conceptualize a really strong communication to ensure we resonate with our target audience. Sports was a natural choice for us to associate with because sportsmen today are not just about performance, fitness and wellness, but also grooming and confidence”, says Rajesh Krishnamurthy, Business Head-Consumer Product Division, The Himalaya Drug Company.

The teaser garnered more than a million views on YouTube on the first day itself and has been trending on platforms like Twitter with intriguing questions from fans to know more about the “Pimple?” mystery.

Themed around Men Hate Pimples Too, the captivating campaign is based on the insight that pimples bother men as much as they do women. The reveal TVC shows Sarfaraz sneaking into the locker room and checking Virat’s bag to find his solution for pimple problems. Virat then introduces him to Himalaya Men Pimple Clear NeemFacewash, and the TVC wraps up by communicating the benefits of the face wash and its proposition of being a fast and strong solution to men’s pimple problems.

Ashwani Gandhi, Category Manager, Himalaya Men said, “What a campaign it’s been! It has raced ahead of all our expectations! As a relatively new entrant in the Men’s Category, we had to come up with an idea that was clutter-breaking and highlighted the proposition of ‘Pimple prevention’, the core benefit of our recently launched Himalaya Men Pimple Clear Neem Facewash”.

Ashwani adds, “Pimple prevention is a space Himalaya owns in the face wash segment and we had to conceptualize a really strong communication to make our mark with our new pimple clearing variant for men. Sports was a natural choice for us to associate with because sportsmen today are not just about performance, fitness and wellness, but also grooming and confidence.

“This is the next phase of our campaign debunking the myth that men are too proud to worry about things such as pimples. The fact is that men are as concerned about pimples as women are, but are sometimes hesitant to admit it. What better than the star cricketers of RCB IPL team to proclaim emphatically that men do hate pimples”, said Prateek Srivastava, Creative Head, Chapter Five. “So many young men learn about grooming and style from their favourite sports stars! By bringing together the love of cricket, the admiration for players like ViratKohli, Shane Watson, Sarfaraz Khan, Stuart Binny, and the evolving need among men to look good and care for their skin, especially by getting rid of pimples, the communication hits a sweet spot”, adds Ashwani 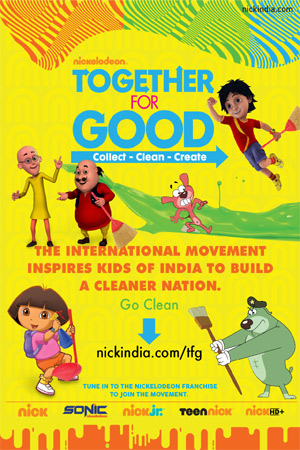 Collect.Clean.Create with Together For Good – A Nickelodeon Initiative
MediaInfoline Apr 18