The Advertising Standards Council of India receives and processes complaints against advertisements from all sectors released in the digital media. This has come to highlight mostly because of the recent discussions related to obscenity and vulgarity shown in the digital space in the form of trailers or promos of commercial cinema and TV programs. Not many citizens are aware that such promos, even if there is no payment made for its release, forms a part of advertising and comes under ASCI’s remit. Definition of Advertising in ASCI code clearly states that “Any communication which in the normal course would be recognised as an advertisement by the general public would be included in this definition even if it is carried free-of-charge for any reason.

Currently, when technology is progressing at a tremendous pace, digital space provides advertisers a powerful platform to promote their products and services. This medium plays a key role in grabbing eye balls of target audience almost instantaneously and with the potential of reaching millions if it goes viral. The regulatory mechanisms that have certain controls over traditional media such as Cinema or TV are yet grappling with the challenge of overseeing this digital space due to its fast evolving nature. The advertisers, at times, push the envelope due to this ambiguity and the notion that Digital media is largely unregulated.

However, consumers would find it heartening that ASCI’s code of self-regulation is quite comprehensive and covers all media including the internet or digital media. Again, definition of Advertising in ASCI code establishes that “media are any means used for the propagation of advertisements and include press, cinema, radio, television, hoardings, hand bills, direct mail, posters, internet, etc.” ASCI takes up complaints on advertisements appearing on websites, e-Commerce portals, Social Media platforms and so also the movie promo videos / YouTube trailers that people have objections to for being offensive.

According to Mr. Benoy Roychowdhury, Chairman, ASCI, “Public should keep in mind that for any objections regarding digital advertisements, they can approach the ASCI, as not just product or service ads but even promos or trailers of commercial cinema or TV programs are also considered as advertisement. If viewers see any ads violating the provisions of ASCI code such as making misleading claims, showing obscenity or promoting hazardous behaviour, etc. on Internet or any other media they should complain to ASCI.”

Speaking about what mechanism does the ASCI have to reign in extremely offensive advertisements, he continues to say, “As per ASCI’s Codes of Self-Regulation, Chapter II requires that ‘Advertisements should contain nothing indecent, vulgar, especially in depiction of women, or nothing repulsive which is likely, in the light of generally prevailing standards of decency and propriety, to cause grave and widespread offence.’ Incase an advertisement is seen to cause serious breach of this or any other Code, ASCI has the power to curtail the ad by moving “Suspension Pending Investigation” (SPI). SPI is invoked in extreme cases only.”

It is in the interest of the advertising fraternity to show restraint in what is put out in digital media as, such alarming level of vulgarity and offensive content would result in inviting strict censorship from authorities. So advertisers should self-regulate to enjoy the continued freedom to express themselves and demonstrate responsible advertising.

In exceptional circumstances, when it appears prima facie that an advertisement is in serious breach of the Code and its continued transmission on/through/by any medium causes or has the effect of causing public harm and/or injury or its continuation is against public interest, then the ASCI can, pending investigation, forthwith require the advertiser/the advertising agency/the media buying agency and the media concerned to suspend the advertisement. In the event of suspension of any advertisement under SPI, ASCI’s Consumer Complaints Council (CCC) shall at the earliest and not later than 30 days from the date of the suspension, adjudicate whether or not the advertisement is in breach of the ASCI Code and pass appropriate order accordingly.

In recent months ASCI invoked SPI against trailers in Internet of two movies which were prima facie extremely vulgar and obscene. And producers of both movies voluntarily removed the objectionable trailers forthwith. 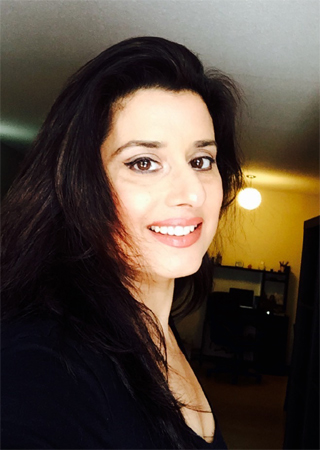